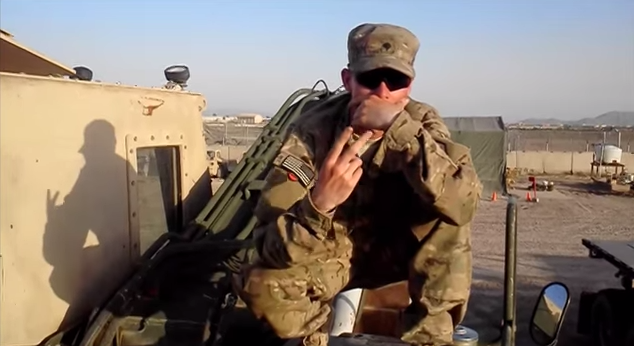 You have to pass time somehow, huh?

While deployed in Afghanistan, Nick Harmon and his Army comrades had some free time and decided to make a parody video to Marky Mark and the Funky Bunch’s 1991 hit single “Good Vibrations”.

If you were around in the 90s, you probably remember the video to “Good Vibrations” – a then 20-year-old Marky Mark (later known seriously as Mark Wahlberg) lifting weights, boxing, and rapping shirtless – well, sorry to say this video isn’t as sexy but it is funny!