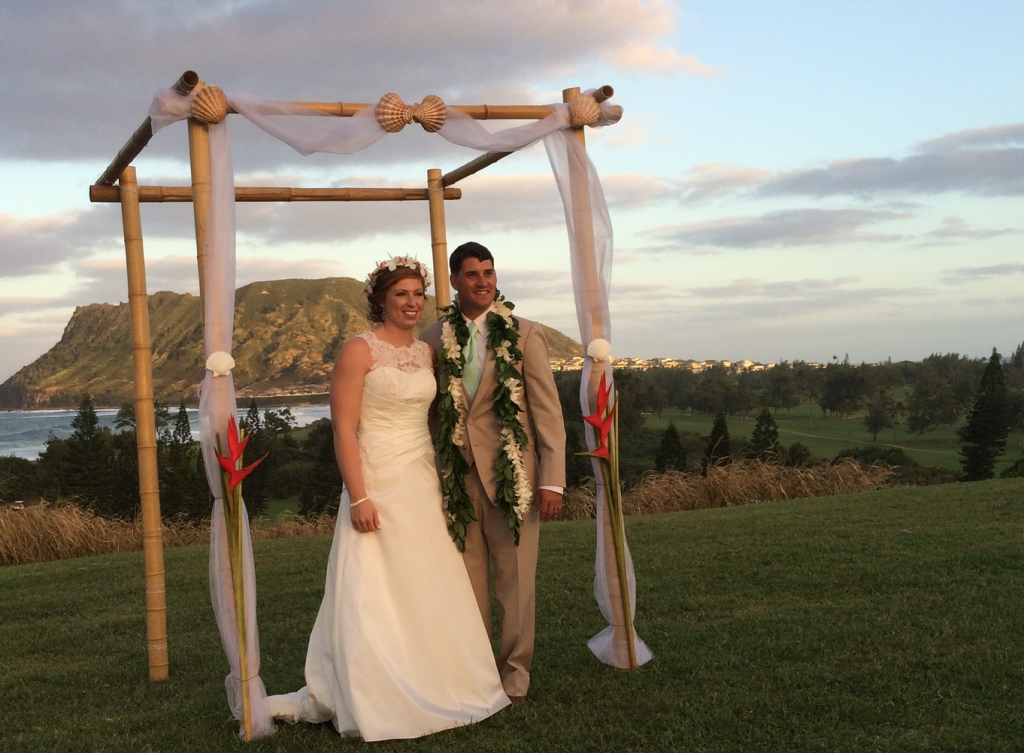 A military couple was recently asked to relocate their wedding after learning President Obama had a golf game planned in the same location.

Natalie Heimel and Edward Mallue Jr. – both Army captains in the U.S. military stationed in Hawaii – were scheduled to be wed this weekend at Kaneohe Klipper Golf Course, a military course in Kailua which happens to be near Obama’s vacation home.

After their wedding rehearsal Saturday, they were told they’d have to move their wedding away from the 16th hole because Obama and his friends planned to golf, Heimel’s sister, said in an interview.

They’re both pretty even-tempered and planners,” McConnell said of her sister and brother-in-law. “I’m sure it was a little bit of stress, but they seemed fine.”

According to Bloomberg – who first reported the story – it was the second time they heard from the President that day. Knowing President Obama vacations in Hawaii, the couple had previously sent him an invitation to their wedding. Obama regretted he couldn’t attend and wished them happiness on their wedding day.

The wedding ceremony was moved to a different location on course with a better view of the ocean.

Heimel and Mallue who met in 2011 while stationed in Germany weren’t upset about the last minute mix up.

“We knew there were two things that could mess up the wedding. One was the weather and the other was the president,” the bride told NBC News in an interview. “I’m sure that his staffers didn’t let him know there was a wedding.”

After the wedding the couple received a call from the President, he apologized for the inconvenience and congratulated them on their big day.