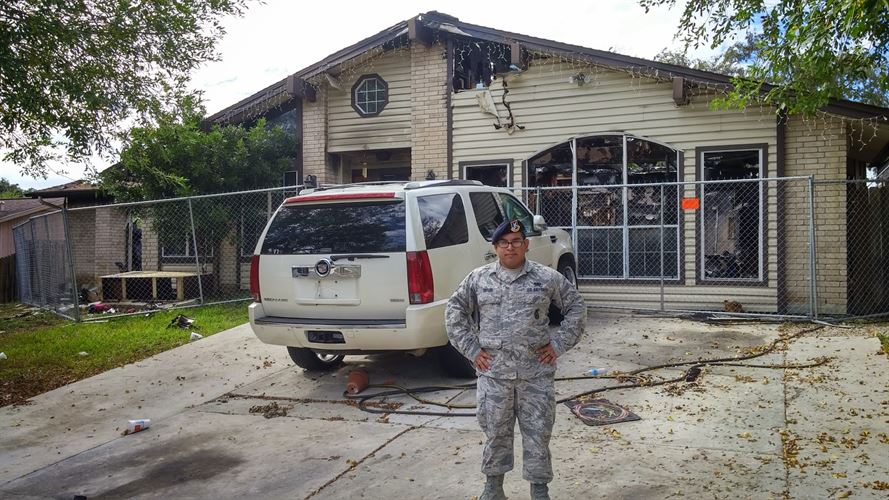 Senior Airman Christopher Taylor, assigned to 802nd Security Forces Squadron at Joint Base San Antonio-Lackland, was following his usual daily routine when his neighbor knocked on the door and informed him that their house was on fire.

The neighbors disabled uncle was  also trapped in the home.

“When I heard the news, I didn’t hesitate,” Taylor told AF.mil. “I had to get in there and save this man.”

Taylor also told reporters when he entered the home he only had one thought on his mind, “We were going to get out of there; no one was dying on my watch”.

He was able to save the man before the fire department arrived on the scene. The man was treated at San Antonio Military Medical Complex for severe smoke inhalation and minor burns.