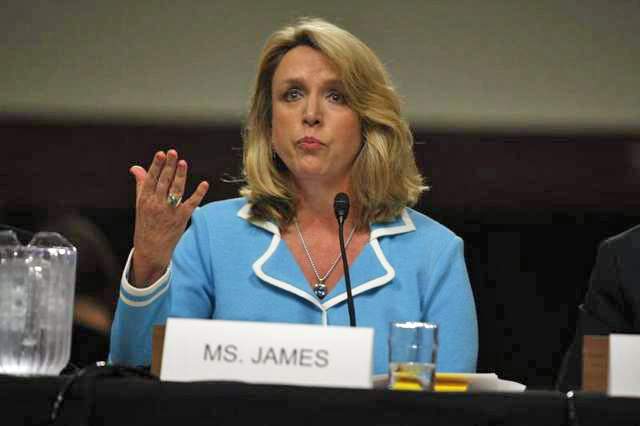 James made the announcement on Tuesday in a meeting with troops in different countries via video conferencing.

Stars and Stripes reports Air Force officials have said the service is working toward reducing its force size by September 2015. The Air Force has nearly 315,000 active duty and enlisted officers according to Air Force personnel statistics. That’s the lowest level since the service was created in 1947. Due to budget cuts, its scheduled to decline to 310,900 airmen by the end of the fiscal year.