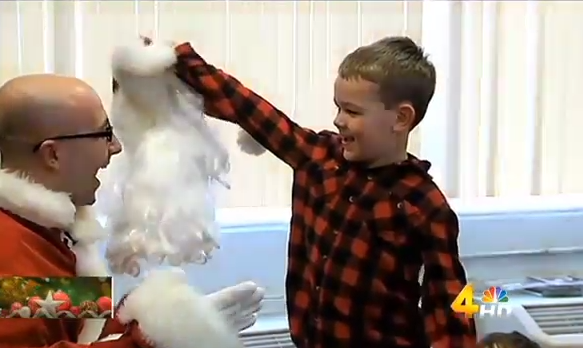 When Air Force Senior Airman Nicholas Williams received a 28-day pass home after serving 8 months of his year-long tour in South Korea, he came up with the perfect surprise for his 6-year-old son, Aaron. As WSMV reported, Aaron’s Lakeview Elementary School kindergarten class thought they were gathering around for story time, but had no idea that Santa would actually turn out to be Williams — who changed into a Santa Claus costume in a back room. While the whole class was surprised by Santa’s appearance, it was Aaron who got to remove Santa’s beard and get the ultimate Christmas gift when he realized it was none other than his dad! “I couldn’t ask for anything more than to be home for Christmas,” Williams told WSMV.