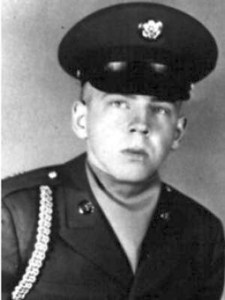 In 1967, a 19-year-old Staff Sargent died during captivity after enemy forces ambushed his patrol.  Decades later, a refugee Vietnamese national provided information and unidentified remains to United States officials that he believed belonged to an American soldier. This October, scientists at the Department of Defense identified the remains as Staff Sgt. James L. Van Bendegom. Forty-seven years after his disappearance, Bendegom went home to Wisconsin.

Staff Sargent Bendegom was conducting a search and destroy mission near the Cambodian border on July 12, 1967 when North Vietnamese enemy forces ambushed his patrol and captured Bendegom. Officials believe that Staff Sgt. Bendegom died only several days later in captivity from wounds sustained both in the attack and while a prisoner of war.

A Vietnamese national living in a refugee camp returned Bendegom’s remains to United States authorities sometime between the late 1980s and the early 1990s. Unfortunately, an investigation and first-hand accounts couldn’t verify to whom the remains belonged. However, the Department of Defense recently used advanced DNA analysis to positively identity Bendegom in October 2014. After 47 years and several attempts to recover him, Bendegom finally returned to his family in Wisconsin. He was buried with full military honors in his hometown of Kenosha, WI, on November 11, 2014.

At the time of his capture, Bendegom belonged to Company B, 1st Battalion, 12th Infantry, 4th Infantry Division. He was captured along with seven others, two of whom also reportedly died in captivity. According to the POW Network, the two other casualties remain missing. The U.S. Embassy in Phnom Penh reports that 52 American soldiers are also still missing in Cambodia.