Afghanistan Veteran Reunited With Bulldog After She Was Given Away 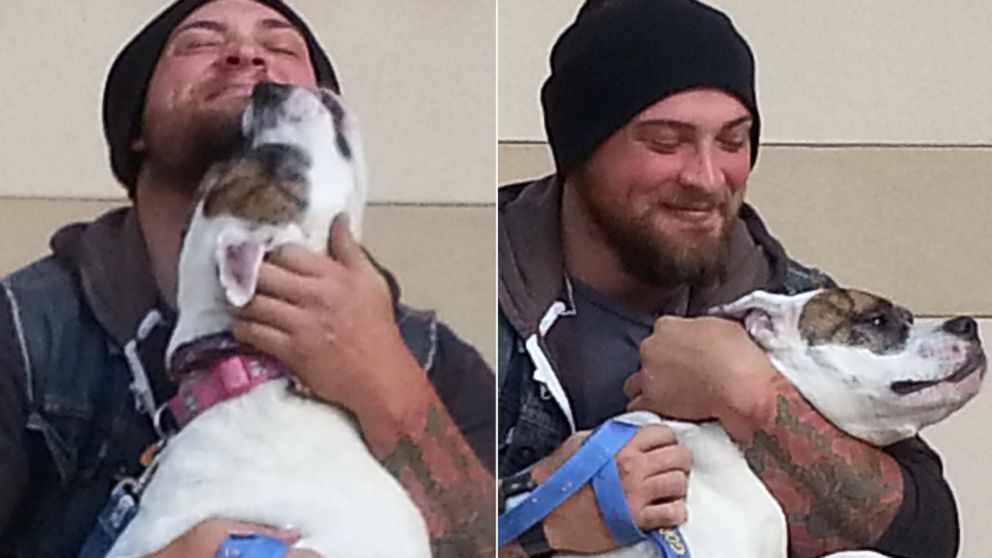 After spending five years deployed in Afghanistan, John Russo returned home to find out his girlfriend had given away his Bulldog, Bones.

Russo tried contacting his ex-girlfriend only to discover that she had changed her phone number and moved to an unknown address.

“We were broken up before I left, but she was taking care of her [Bones], so I thought,” Russo told ABC News. “Then I got home and realized she had surrendered her.”

After searching several local humane society websites, he came across a dog that looked familiar. It was indeed Bones. Russo drove to Palm Coast, Florida where the Flagler Humane Society was located to get his girl back.

When he got there, Russo was told by the society’s development coordinator John Ritter that his ex-girlfriend attempted to have Bones euthanized but a veterinarian declined the procedure so she decided to surrender the dog instead.

“She was really depressed when she got here. She actually lived in my office and not in the kennel and we took care of her and got her rehabilitated,” Ritter told ABC News. “You could tell she had been really loved because she was one of the most well-behaved dogs”.

When Russo and Bones were finally reunited, he received the greeting he had always hoped for after returning home.

“When she saw me she lost it and I knew right then and there she remembered me after four years of not seeing me. She jumped on me, licked my face and ran around in circles,” he said. “It’s been insane. I come home every day from work and she somehow manages to get in my laundry basket and steal my shirts and every time I come home it’s like the first time she saw me again.”