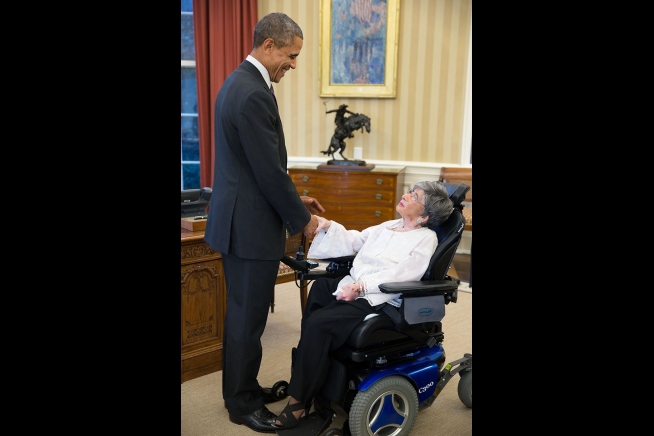 Alyce Dixon is a WWII veteran and at 107-years-old  she is the oldest resident in the Washington D.C. VA Community Living Center. Dixon enlisted in the US Army at the age of 36 in 1943 prior to the beginning of World War II, and was assigned to the 6888th Central Postal Directory Battalion when it was established in January 1945. The 6888th was the only unit of African-American women in the Women’s Army Corps to serve overseas during World War II. 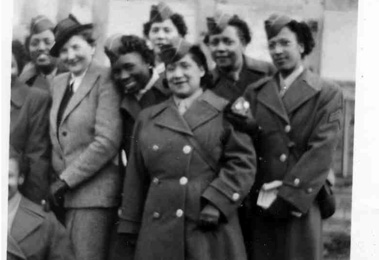 Dixon served most of her time in England and France and received the Good Conduct Medal for her time served. In 2009, Dixon and the other 855 African-American women who served during WWII were recognized and honored by the U.S. Army for their sacrifice.

She’s lived long, and has seen the world but one her dreams recently came true when she got a chance to visit the Oval Office and meet President Obama. In a 2012 interview with Army.mil she referred to President Obama as “brilliant”.

She is currently the second oldest WWII woman veteran alive.

Learn more about Alyce Dixon below and listen to her tell some jokes (she’s a riot, btw):