Why Americans Drink Coffee, Not Tea 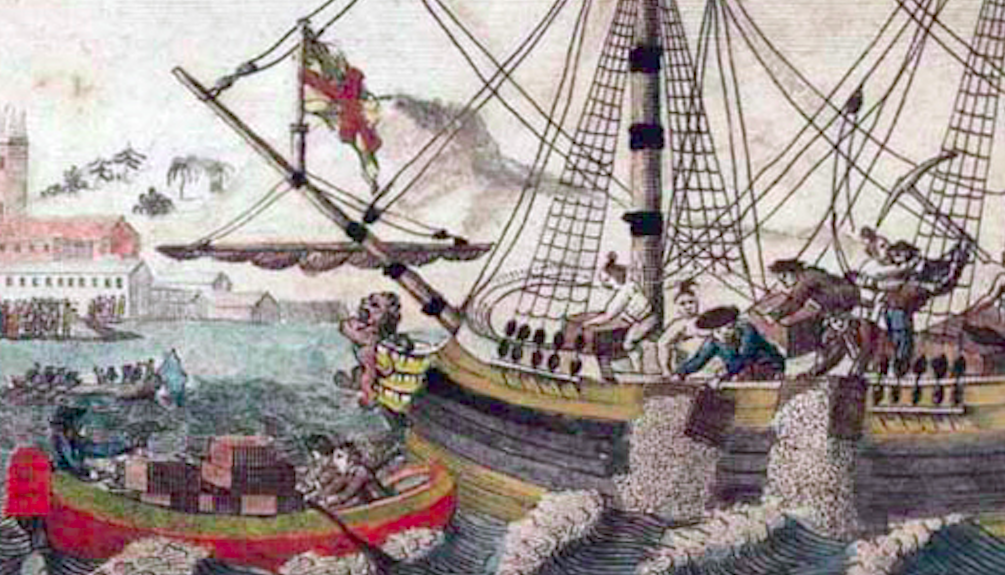 Way back in 1773, a bunch of angry colonists dressed up like Native Americans, jumped on an East India Company boat packed with leaves and such, and liberally tossed shipments of tea into the water that surrounded Boston, Massachusetts. Historians would later dub it the “Boston Tea Party”, which wasn’t the wit of future POTUS John Adams, because he simply called it “the Destruction of the Tea in Boston.” Which, while it may be far less sexy, is a more accurate description of what went down when the Sons of Liberty decided to get naughty.

Of course, the action would help spur the American Revolution, but it was originally in defiance of the Tea Act — a wily measure England put in place to undercut the tea market, and force colonists into buying the East India brand, which also came with a tax they collected (the market was somewhat black, because its competition was technically “illegal” — smuggled into the area in defiance of the uncompromising crown that forbade it).

It’s probably why Americans prefer the bean over the leaf to this day. Someone with a blackboard and a piece of chalk played upon in the following Instagram photograph:

Our only qualm? It’s “America”, not “Merica.” Get it right, good patriots of New England and beyond.