To Brave the Bitter Cold This Winter, Use This Army Acronym 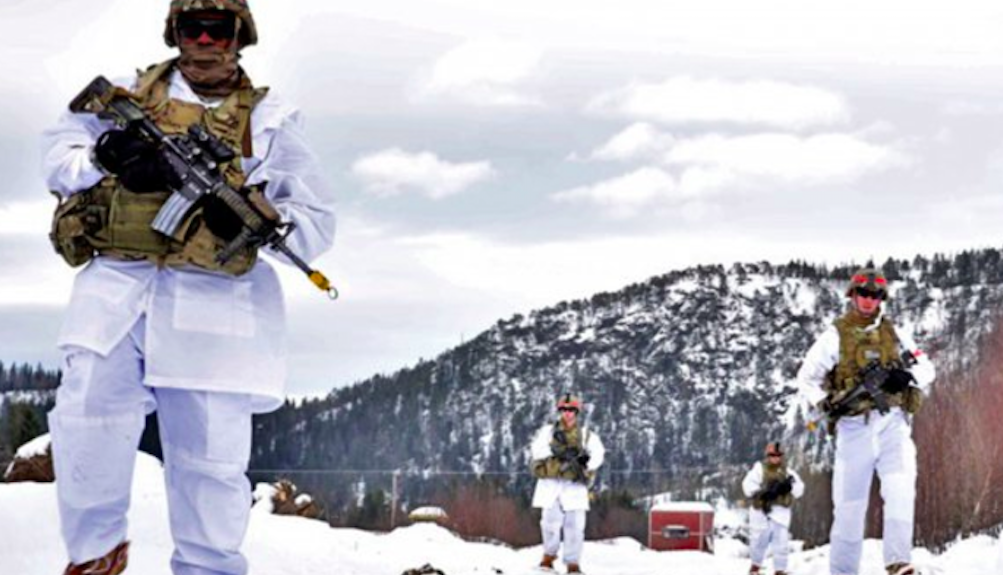 It’s the word “cold” in all caps, yes, but it’s so much more than that in this instance. It’s a buzzy acronym that — if adhered — can help you stay warm this winter.

Before it’s broken down letter by letter though, here’s a brief introduction from Benjamin Minchhoff, a United States Army officer and aviation engineer on how America’s largest military branch instructs its soldiers to not only deal with the discomforts of frigid temperatures and brutal freezing weather, but how to avoid the life-threatening consequences: frostbite and hypothermia.

The Army has greatly improved issued clothing and, with proper wear, Soldiers can be generally comfortable in all climates. The key is proper layering, which allows Soldiers to stay warm and dry while avoiding overheating. Any cold weather clothing ensemble consists of three layers: the base layer, insulating layer and shell. Soldiers who understand these layers can tailor their clothing to specific conditions and missions.

For the base layer, cotton fabric “should be avoided at all costs” — according to Minchhoff. The reason for this is simple: the natural fibers of cotton keeps moisture against the skin. For this layer, a garment needs to perform and wick sweat away from the body. People forget that one will sweat even in the cold. Performance apparel brand Under Armour manufactures this wicking material in many options (tops, bottoms, shorts, etc.) and even offers a discount to military members.

The second layer that needs to be addressed is known as the “insulating layer.” And, predictably, it does precisely what its name implies: “traps” heat the body produces and stores it. Fabrics that aren’t heavy, but still provide plenty of volume, i.e. wool, down or even synthetic threads like fleece. Keep in mind this layer doesn’t have to fly solo, rather, many can be worn on top of one another, depending on what you plan on doing outside.

Last but not least, “the shell.”

This again, from the Army’s Minchhoff:

The shell protects the body and the other two layers from elements such as wind, rain, snow and dirt. A good shell is the best defense against wind and water. (Unless combined with a shell, most insulating layers do not protect against wind and rain.) Waterproof breathable fabrics, called hardshells, such as Gore-Tex are the standard by which most shells are compared.

A new category in shells has been gaining momentum recently in outdoor sports and the military. Called softshells, they are highly breathable, windproof and water resistant, but not waterproof. Softshells are designed for use in dryer climates during more aerobic activities where breathability is more important than water resistance.