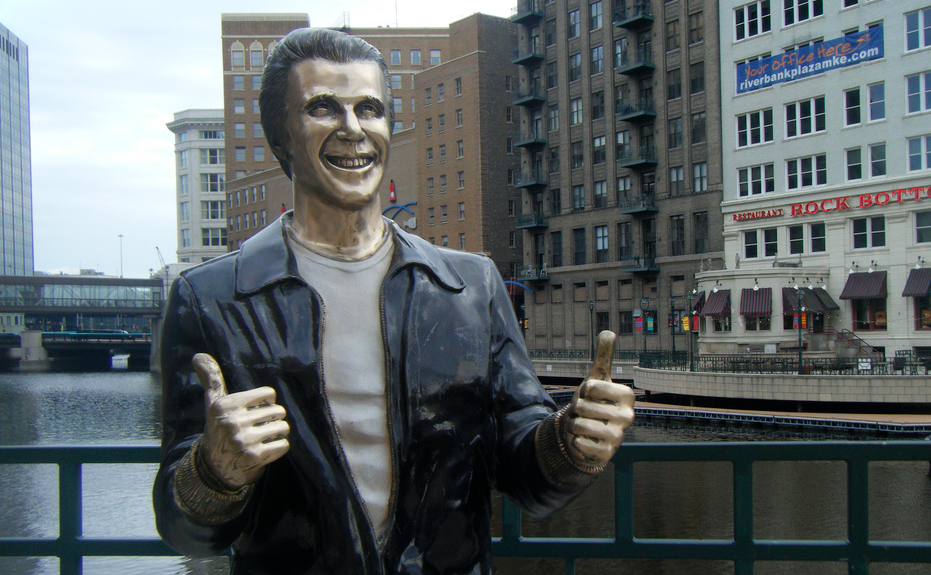 There’s a scene in the film Pulp Fiction where Samuel L. Jackson’s character, in an attempt to escape a bloodbath in a lazy Los Angeles diner, tells a stickup woman with a gun to recall a certain character from 1970s television.

It just so happens to be very similar to the one Tennessee Army National Guard Sergeant First Class Tracy Banta uses to teach his students how to deal with emergency missions in a chopper or an ambulance.

“Fonzie”, as you know, is the nickname of Arthur Herbert Fonzarelli, the leather jacket-wearing, motorcycle-riding character from the show Happy Days.

Although fictional, he apparently knew what he was talking about.

“I always talk about people being ‘Fonzie cool.’ If people are ‘Fonzie cool,’ nine times out of 10 you can work your way through. But if you get excited and you step off the helicopter with your hair on fire, you’re not helping anybody.”

He also serves the role of instructor at Roane State Community College [in the Volunteer State] in addition to his ongoing duties as a combat flight medic.

FUN FACT: TV execs didn’t want “The Fonz” to wear leather, for fear that it would look like “he was associated with crime.” They opted for windbreaker jackets instead, at first. Eventually, however, they caved to Henry Winkler’s notion (he was the actor who played him) that it was pretty difficult to look cool in them, so they compromised. He could wear leather so long as a motorcycle was visible in the scene.