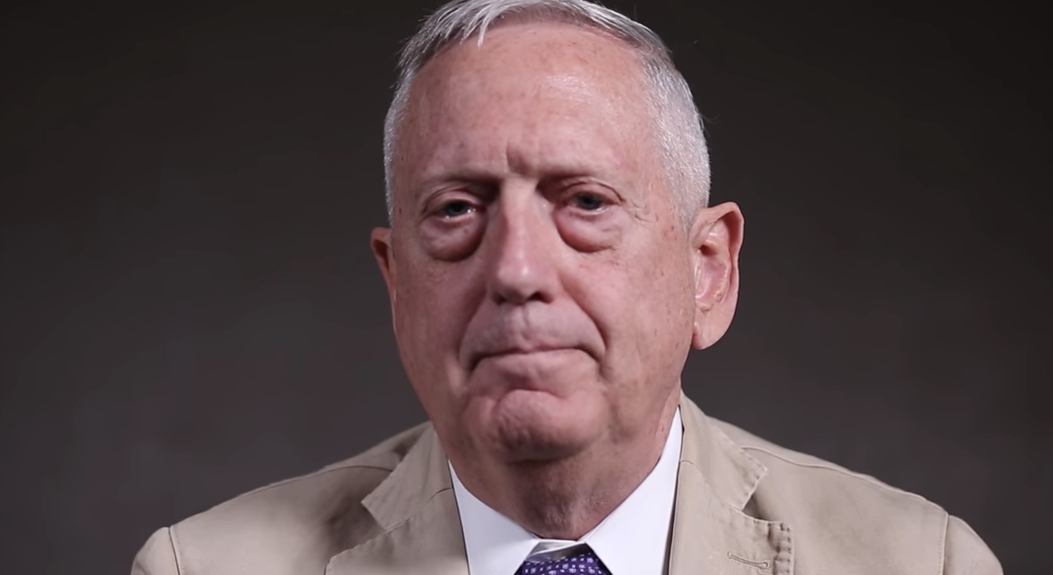 In 1969, a young man from Pullman, Washington enlisted in the United States Marine Corps. Within a few years, he was moving rapidly through the ranks, carrying a copy of Meditations of Marcus Aurelius with each deployment and jumping from 1st Battalion, 7th Marines to 1st Marine Division to I Marines Expeditionary Force and on higher. Forty-four years later, he retired as a general, attained the monikers “Warrior Monk” and “Mad Dog Mattis” and commanded American troops in the Persian Gulf War, Invasion of Afghanistan and the Iraq War — the head of U.S. Central Command from 2010 to 2013.

Recently, the legendary military leader sat down for the USMC YouTube page and fielded questions from internet users, fulfilling their requests with not only information, but inspirational wisdom. He also delivered it without a sweat — talking with an even, calm demeanor that has to be seen and heard to comprehend.

Here are a few transposed highlights, with the full video below:

On tough decisions, not having regret, and the Second Battle of Fallujah:

“When we go into the Marine Corps, we swear to obey orders and carry them out to the best of our ability. And defend the Constitution. So I’ve not regretted those decisions and one of the toughest I can mention to you was after being ordered to attack the city of Fallujah. I was ordered to halt the attack, deep inside the city, and during that first and ultimately aborted attack ordered to withdraw our Marine and sailors out of the city they had fought for, and they had lost some of their buddies in that fight. It was a difficult decision. It was a decision taken for a reason that had nothing to do with the tactical situation on the ground. I was concerned to a degree that if the Marines would lose confidence in their leadership because of it. But they didn’t. I still recall a young SAW gunner being interviewed by a television crew talking about how terrible he must feel being ordered out of the city. He was a slow-talkin’ Marine from down South, just calmly looked into the camera and said ‘doesn’t matter, we’ll just hunt ’em down somewhere else and kill ’em.’ And I bring this up because ultimately, it’s about the spirit of the Marine Corps that nothing … nothing really can stop us. And we just don’t take refuge and self-pity or any of that kind of stuff, and so as a result the Marine Corps remains a very feared organization in this world. As it should be.

Tough decisions. Tough times. And sometimes things don’t go our way, doesn’t have anything to do with the decision we make, how we feel about it. Every Marine makes their own decision about how they’re going to react, what happens to them. And that’s what sets the Marine Corps apart because when the times get tough, the Marines get tougher.”

“That’s real easy … I’ll tell you right up front. There were some jobs in the Marine Corps I didn’t care for. I learned to hate minefields at age 21 when the Marine Corps trained me as a second lieutenant in the infantry to go through them, and I continued to hate minefields as long as I’ve had to encounter them throughout my career. But the reason I stuck around the Marine Corps was because of the spirit of the Marines. I knew I could make a lot more money doing something else, and I knew I could have lived a lot better quality of life and not be deployed all the time, but it was the spirit of the Marines that kept me motivated. I never went to work feeling like woe is me, that life is tough or anything else. I looked forward to every day and it’s simply because I stuck around the Marine Corps for the right reasons, and that was to serve alongside young Marines.”

“When things are going tough … you keep our spirit up and you’re the man everyone can turn to, knowing that you don’t give up. And you just keep improving every day, with the assumption that if you’re going to lead more Marines in the future as you get promoted, they expect you to the be the physically toughest, the mentally sharpest, and the spiritually … just the most undiminished person that nothing — not cold, not rain, not enemy situations, not frustrating rules can get you down. And you just maintain this body, mind and spirit improvement at all times.

You stay ‘teachable’ by reading books. By reading what other people went through, I can’t tell you the number of times I looked down at what was going on on the ground, or I was engaged in a fight somewhere and I knew within a couple of minutes how I was going to screw up the enemy. And I knew it because I had done so much reading. I knew what I was going to do, because I had seen other similar situations in the reading I knew how they’d been dealt with successfully or unsuccessfully. And so long as you continue along down this line, so long as you remember someone on the other side is watching, hoping that you’re not at the top of your game, that you’re not reading that you’re not working out, that you’re not strong spiritually, then they’re going to think they gotcha. You always want to be the toughest, the sharpest out there.”

On what makes one better than the other:

“I always wondered what made one unit better than another. They were all well-trained. They call came through the boot camp. All of them. All of them had been recruited from America, and they were quality young men. So what made them different? It was the junior leadership. The junior NCOs, the junior officers whose coaching, whose animating spirits brought up the best in their troops. We had admired leadership. We all know that earning the trust and respect of your subordinates is critical. You simply have to earn that trust. You have to earn that respect. You have to earn that every day. Because when it’s all over and done with, you’re not going to win any fights as a leader. Your troops are going to win those fights.

But there was another word I learned to prioritize as I evaluated units. And that word was ‘affection.’ It’s not popularity with all the favoritism that comes with being a popular person as a leader. That’s a road to failure. But affection that you create in a unit, affection so strong that the troops will stick by one another, they’ll carry out the mission, even in peril. And I bring this one up because I believe that kind of affection brings out self-discipline. Where people don’t want to let down the unit. And I think if there is one lesson I learned along the way, that the more you can build that kind of affection in a unit, when the going gets tough, when people are getting shot down around ya, it’ll pull together. It’ll pull through. And it’ll be a lot smoother an organization, it’ll move more rapidly against the enemy, more fluidly against the enemy, and it’ll generally speaking have fewer disciplinary problems …

Mattis also gives a rundown of his preferred leadership-themed booklist. Among them are Gates of Fire and With the Old Breed.