A Story About Honor, in Only 95 Words

Someone uploaded this (anybody know the author?) to Reddit with the appropriate title “What’s good for the goose.” 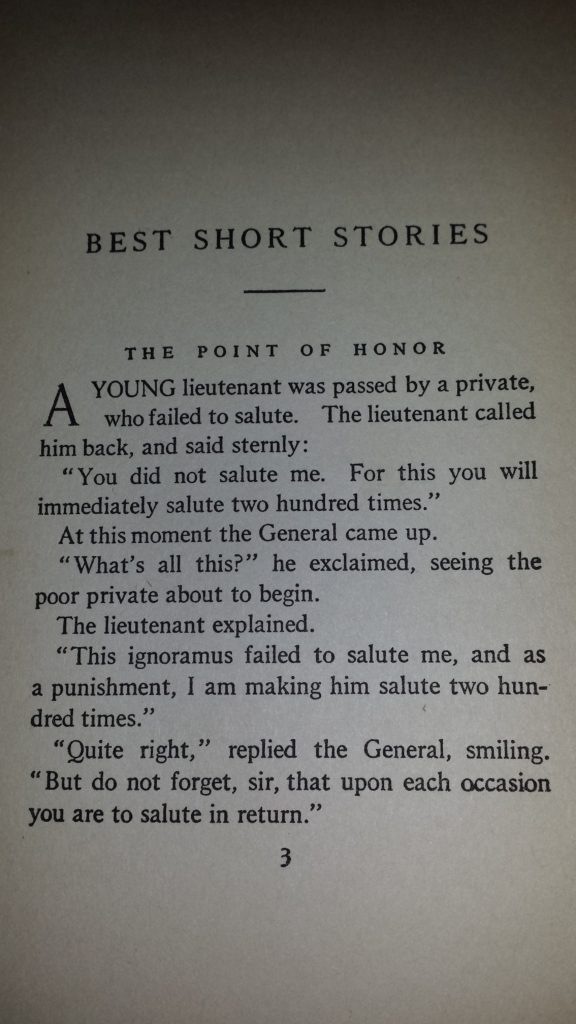 Here it is, in plain text:

A young lieutenant was passed by a private, who failed to salute. The lieutenant called him back, and said sternly:

“You did not salute me. For this you will immediately salute two hundred times.”

At this moment the General came up.

“What’s all this?” he exclaimed, seeing the poor private about to begin.

“This ignoramus failed to salute me, and as a punishment, I am making him salute two hundred times.”

“Quite right,” replied the General, smiling. “But do not forget, sir, that upon each occasion you are to salute in return.”

Not sure who wrote this parable/short story, but it’s not bad, right?

Then again, the whole thing could’ve been avoided if the private just saluted his superior. Just a simple gesture would’ve altered the entire trajectory of the tale.

Not to rag on the private, but come on: show simple gesture of respect.

Verified military members get a free gift card, up to $25, with new membership and renewals — just click this link!

Plus, anytime you can avoid having a lieutenant get mad at you … you do it.