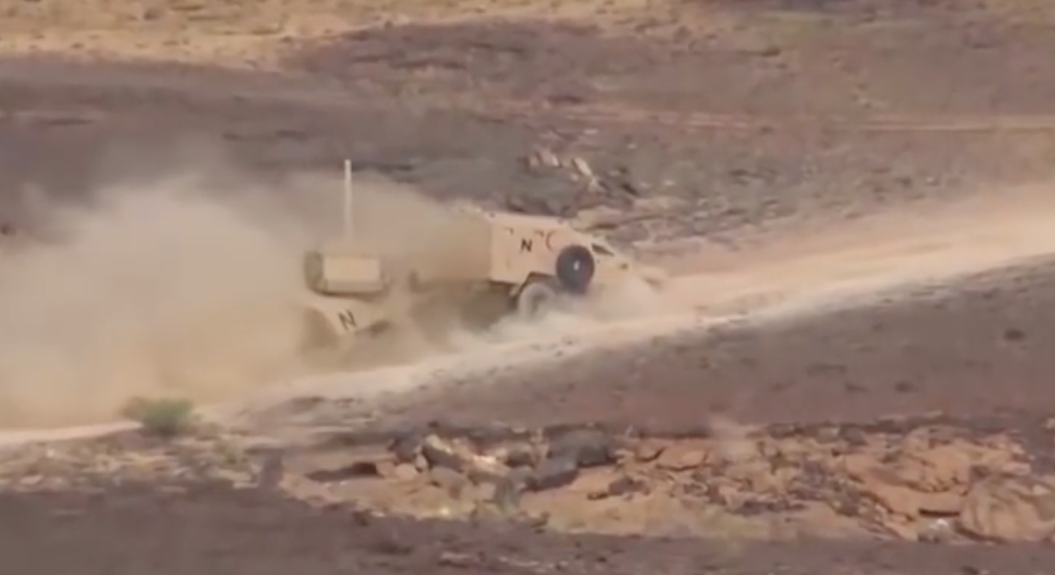 We have no evidence or proof that the operator of the trailing combat vehicle in the following footage — a Saudi soldier — was on his smartphone at the moment he rear-ended his fellow army mobile for no good reason at all, but let this be a lesson to all of us: don’t text and drive. You could be fighting rebels in the desert or just listening to tunes on the interstate on your way home from work. It doesn’t matter — don’t be all into your phone when have good abiding people (in some cases, you’re colleagues/comrades) in your purview.

We’re living in a society, after all.

It should also be noted, however, that the Saudis are feeling the heat recently (and some of it can be seen if you watch the video past the initial fender bender in the beginning) as the Houthis (the anti-government faction) are getting closer and closer to capturing the Najran Dam.