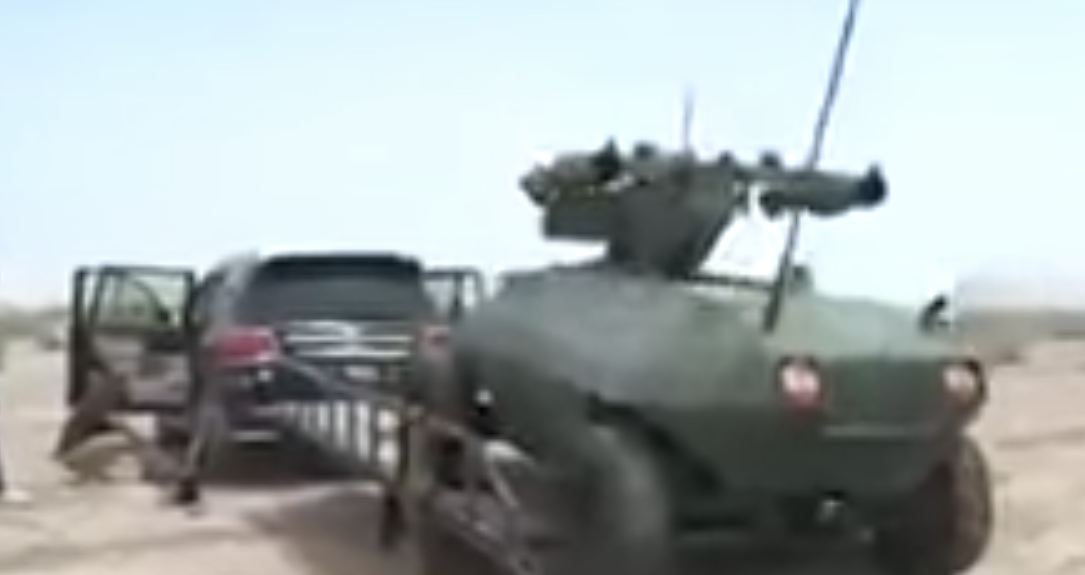 For a machine hellbent on death and destruction, it sure looks an awful lot like something Pixar would dream up. Or are we seeing faces?

In any event, the robot in the clip below was the brainchild of the Iraqi government’s military, and its main objective is to beat the living tar out of each and every [ISIS] individual which comes within its perimeter.

According to Defense One (via Gizmodo), the little battle drone comes with a rocket launcher, an auto turret, buncha cameras and a range of about a half mile. Batteries sold separately.