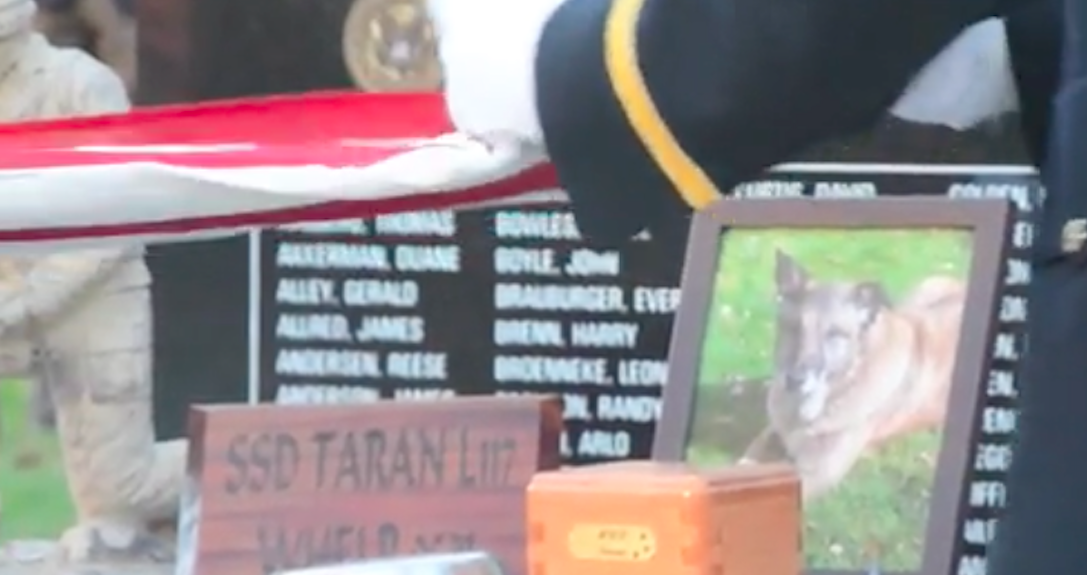 “When we were in Iraq, he slept in the same bed with me every night, so it was like nothing changed. He was always part of the family.”

Taran, a German Shepherd/Belgion Malinois mix, had accomplished more than most dogs. Really, his feats outnumbered those of hundreds of dogs, combined. From his training at Lackland Air Force Base in Texas and his metamorphosis from “problem dog” to proud graduate, the powerful mutt deployed to Iraq where he snuff out deadly IEDs for oncoming convoys, helped protect the President of the United States in Kentucky, gutted through Special Forces training, and had made a lifelong friend and caretaker: former United States Army Staff Sergeant John Mras.

Having been officially adopted by the combat veteran through “Robby’s Law”, and living happily with he and his family in Boise, Idaho, Taran was — quite suddenly — given bad news in late September. He had a tumor on his back leg, and they couldn’t operate to remove it.

A month later he passed away.

His memory, and the great service to his country were celebrated, however, in the only way a late soldier should be: a full military funeral, with an honor guard, the folding of the U.S. flag, and a bugler playing “Taps.”

Along with Mras, the Idaho National Guard and local American Legion vets made Taran’s final goodbye one to truly remember.

“Military working dogs put in as much sacrifice, time and effort as other service members do, and we just really felt that Taran deserves the same honors and respect that any service member does,” Mras told the Idaho Statesman at the ceremony held at Boise’s Veterans Memorial.

“When working dogs die in service, there’s a full funeral. When dogs retire, it’s just completely up to the handler. The reaction of some people is like, ‘It’s just a dog.’ But he’s not just a dog. He’s a service member.”