Bretagne the search and rescue dog was only two years old when she was flown from Texas to Ground Zero to help locate and dig out survivors of the 9/11 terrorist attacks. The pup was fresh out of rescue training at Texas Task Force 1, and responding to the attack was her first ever deployment. 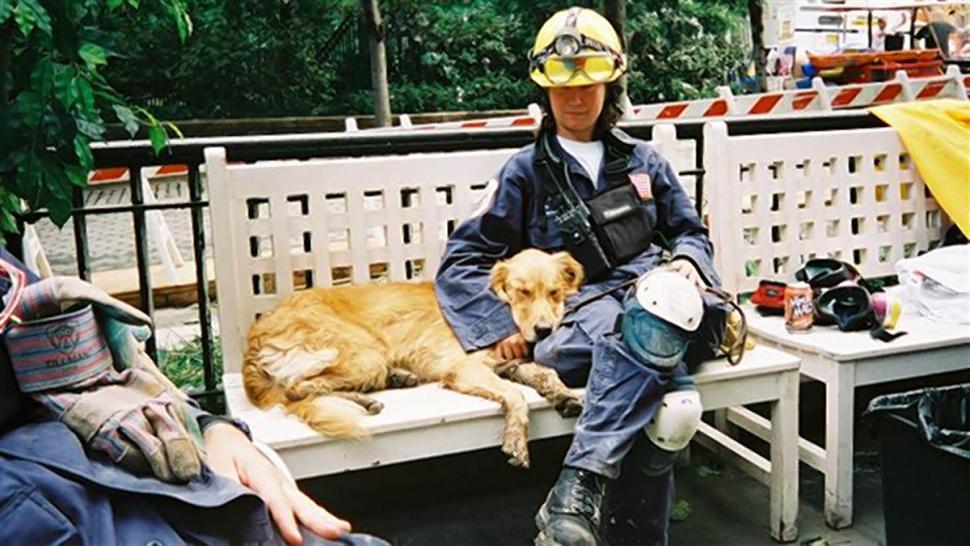 Bretagne’s main mission was to find people trapped beneath the rubble of the World Trade Center. This four-legged hero’s positive energy and drive helped her handler and other first responders remain composed in the face of the destruction wreaked during the terrorist attacks. She ultimately became a symbol of hope and comfort for both victims and first responders alike.

Bretagne returned to Ground Zero for the first time since the attacks last year with her handler and owner, Denise Corliss. This year, she returned again a couple days before the fourteenth anniversary of the 9/11 attacks to celebrate her birthday with BarkPost. You can watch her “Dog’s Best Day” below.