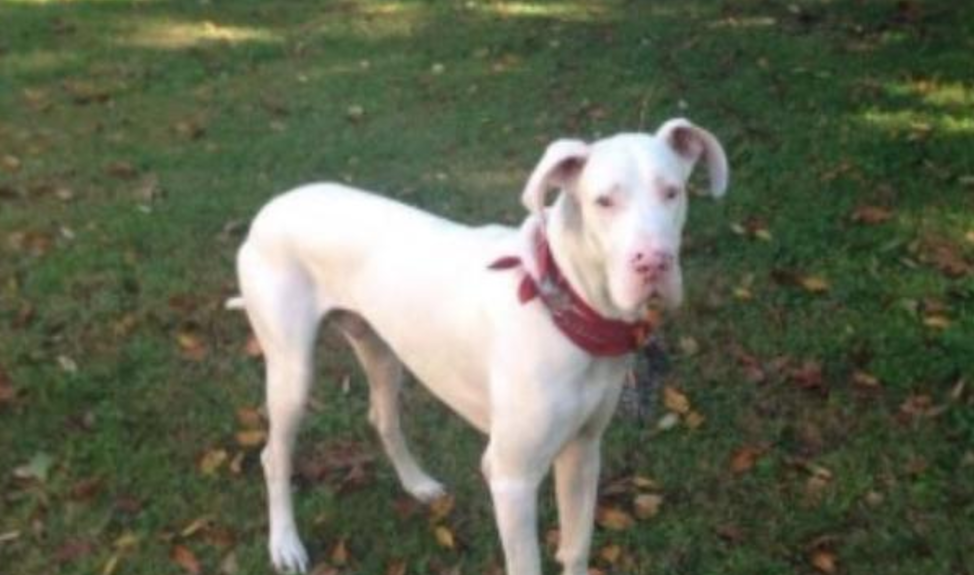 For a retired United States Marine and combat veteran who spent over two decades serving his country, “Popeye” has been more than just a dog. More than a friend, even.

He’s been a lifesaver.

“I had just gotten out of treatment for anger management and anxiety and depression issues,” USMC vet Wade Fairbanks told KY3.

The Great Dane (shown above) who suffers from partial blindness, was the cure for what was ailing Fairbanks. The canine knew precisely what to do when the former serviceman was about to slip into a rut.

“He went and got his leash and sets it by my feet, and every once in a while he’ll just flip it with his nose, and he’ll do that over and over again until I respond.”

Lately, however — since last week to be exact — Popeye has been gone. He vanished not long after being bathed, and no one (not the shelters or the local veterinarians or the police) has been able to locate him and bring him back to his home in Missouri.

He was last seen in East Springfield, not far from the battlefield and the 65 highway. He’s not wearing any tags.

“He’s got little teeny freckles all over his nose. He’s got flappy ears,” said Fairbanks.

“I just hope someone gives him back to his rightful owner, and if not, take damn good care of him.”