When retired Army Ranger and 20-year veteran Matthew Bessler returned home from Iraq with PTSD, he didn’t come alone. He brought back his military dog Major Mike, a nine year-old Belgian Malinois who served two tours in Iraq, earned two Bronze Stars for his service, and also suffered from PTSD. The two partners built a quiet life in Powell, Wyoming.

Now Bessler is raising money to pay for Mike’s military funeral after the dog’s untimely death at the hands of a neighbor. 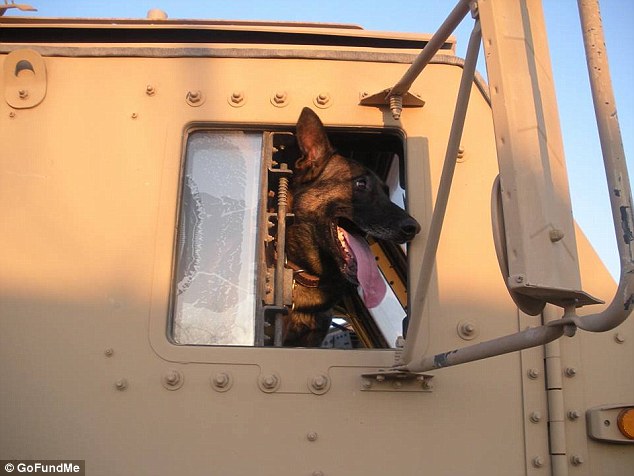 “We are a community coming together to mourn the loss of a brave military service dog, who deserves the honor to be laid to rest with a military funeral and burial,” a community GoFundMe page for Mike’s funeral says. “This soldier was found fatally wounded by his owner and friend Matt Bessler (also a military war veteran) after Matt returned home from a hunting trip. Major Mike is a former military combat dog that had served two tours of duty in Iraq. Please help us fund a funeral that will do this military war veteran the respect he deserves.”

While a friend of Bessler’s was watching the dog, Major Mike escaped from his caretaker and ran into an unidentified passing bicyclist. The bicyclist felt threatened by the dog and shot him dead with a revolver. There were no witnesses of the incident.

Bessler said that despite Mike’s PTSD, he was actually a very gentle and level-headed dog. He does not believe the bicyclist was in enough danger to warrant Mike’s sudden execution. In Wyoming, it is legal to shoot an animal if it is threatening. Even so, Bessler plans to pursue legal action against the bicyclist for using what he sees as a wrongful use of force.

In addition to losing a service dog, Bessler lost a dear friend and comrade.

“It’s way too soon. I mean, it’s every time I see him everywhere that I go,” Bessler said of Major Mike. “Because he was, he was with me almost everywhere I went and he was always playing and he was always… he always wanted to play and everybody loved him. Everybody could pet him.”