Without the U.S. Military, We Wouldn’t Have Backpacks

Did you know it took more than a century of error to design functional backpacks? Retailers such as Huckberry and REI make it their mission to provide high-quality everyday carry gear for both casual and athletic use, but they didn’t get there on their own.

The movement to design great backpacks was, quite literally, carried on the backs of U.S. service members dating back to the Civil War.

The backpack situation during the Civil War was dire. Supplies like canteens and first aid kits were designed independently, with no thought towards how they would be carried. Soldiers had no choice but to wrap them in a blanket and haul them across the American countryside on their shoulders. These improvised bags were fittingly named hobo blankets. They were neither efficient nor comfortable.

After the Civil War concluded, soldiers were rightfully fed up with hobo blankets. US Colonel Henry Clay Merriam of the Seventh Infantry tried to combine the traditional knapsack and haversack. The result was the Merriam Knapsack, a strappy contraption with a hickory frame that cinched around the waist.

In an article posted to Huckberry, Cam Hassard writes that the Merriam sack was universally despised.

Dubbed “murdering sack” by those less forgiving, Merriam’s design proved cumbersome, difficult to clean, and tough to access rations in. Depending on whom you asked, the latter gripe wasn’t necessarily a bad thing. In the words of Captain J. Ayers, ordnance officer for the Department of the Platte, “It will prevent the wasting of supplies by inexperienced soldiers in constant nibbling.”

It was 1910 when the U.S. Army rolled out the first definitive replacement for the Merriam: the M1910 Haversack. It was a disaster. 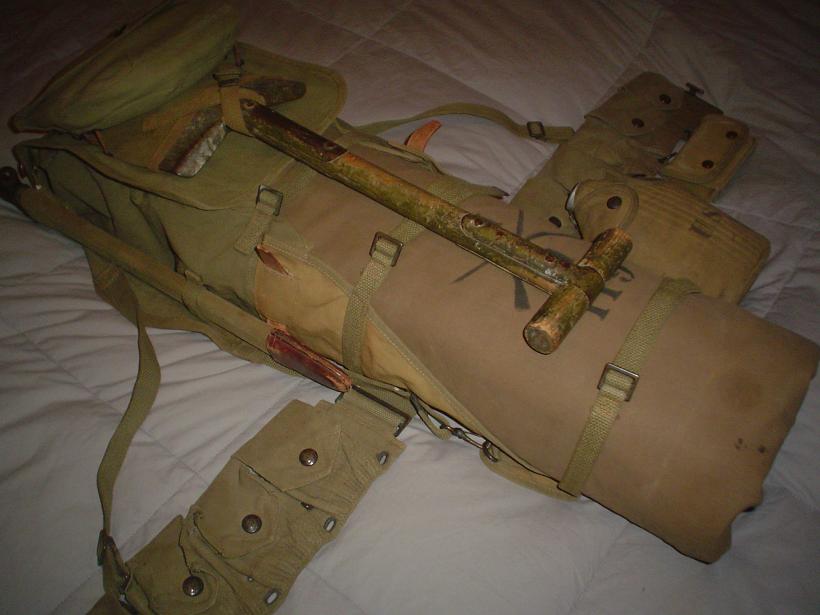 This backpack was so complicated that it came with a four-page instruction manual. None of its many pockets could be accessed without unfolding the entire pack.  Worst of all, every M1910 Haversack hung 70 pounds of weight across the shoulders. The poor weight distribution exhausted soldiers, and the design made it difficult for troops to find supplies in a pinch.

The military toyed around with designs similar to the M1910 until the Keltys changed the backpack game in 1952. Using parachute fabric, buckles and other assets leftover from World War II, Dick and Nena Kelty handcrafted backpacks that were both functional and comfortable. The Keltys took their customers’ experiences into account in order to revise their designs, and their effort paid off.

They added padded straps, a hip belt to distribute weight, and durable fabric to create packs you could take anywhere. The bags were so successful, Americans used them to climb Mount Everest for the first time in 1963.

With the Keltys leading the way, other companies started making casual bags students could wear to school. These bags were usually made of nylon or canvas, and they placed a heavier emphasis on fashion rather than function.

Today, the backpack industry has truly taken off. You can get a vintage-inspired backpacks to carry your laptop, large military-style bags to take with you on the trail or a small daypack for exploring a new place.