If you’ve watched comedian John Oliver’s HBO show Last Week Tonight, or have seen him in public in the past few years, you might’ve noticed that he occasionally wears a United States military pin. 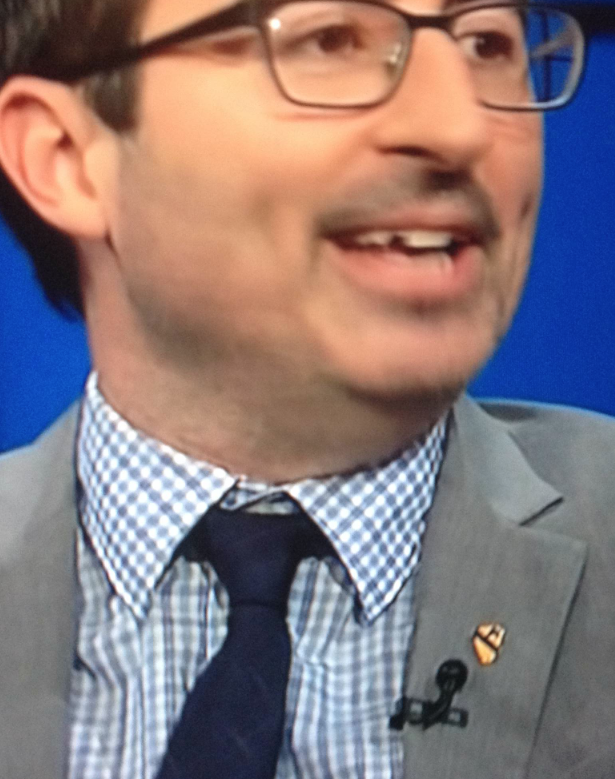 Peculiar, right? He’s not originally from America, as evidenced by his thick British accent, and that most definitely is a United States Army pin — 1st Cavalry Division to be exact.

So what gives? Is he a poser? Is he stealing valor? Is she some wannabe? Or some war re-enactor?

His wife is an Iraq War veteran. She was a combat medic with the 1st Cavalry — one of the most decorated divisions in the history of the U.S.

Her name is Kate Norley, and Oliver is pretty proud of her accomplishments. Here he is telling David Letterman at the beginning of the year, before the late night host hung up his pencil: