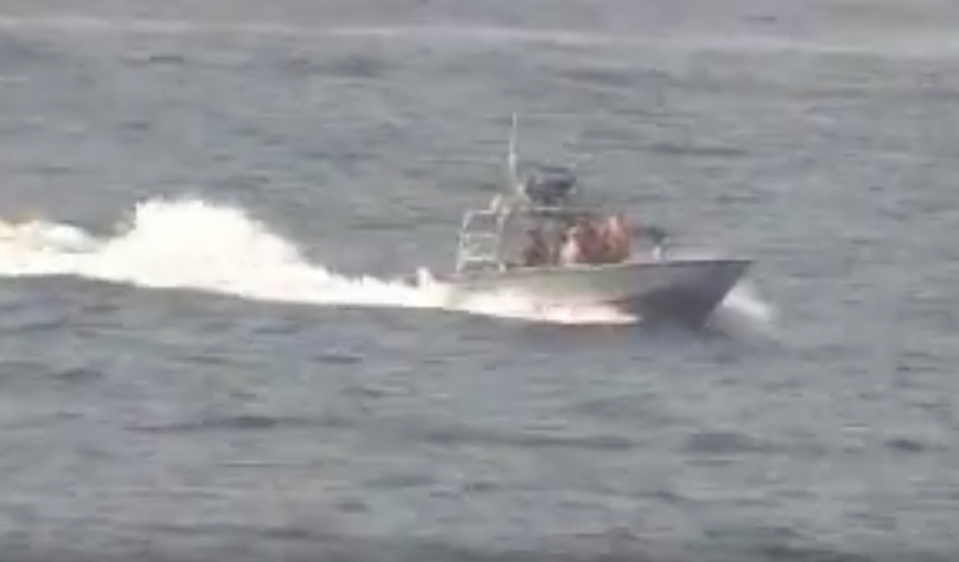 The setting was a familiar one: the Strait of Hormuz.

One Pentagon authority said that the Iranian military boats came within 300 yards of the U.S. Navy vessel — the USS Nitze — and called the incident “unsafe and unprofessional.”

The vessels harassed the destroyer by “conducting a high speed intercept and closing within a short distance of Nitze, despite repeated warnings,” the official said.

IRGC, the Islamic Republic’s praetorian guard, is suspicious of U.S. military activity near Iran’s borders and appears to be sticking to a familiar posture in the Gulf that predates last year’s nuclear accord between Iran and six world powers, including the United States.

“The Iranian high rate of closure… created a dangerous, harassing situation that could have led to further escalation, including additional defensive measures by Nitze,” the official said.

Whether these IRGC members were acting on their own or following orders from leaders in the country’s capital of Tehran has not been sorted out as of yet.

Stay tuned to the blog for that news and more regarding this still-developing story.

To see the incident in living color, click on the clip below. It was released by the U.S. Navy last night.

The USS Nitze is based in Norfolk, Virginia.

UPDATE: The Pentagon disclosed Thursday that the U.S. warship fired at the Iranian vessels …