George: Hey friend, how about you lay that hard drive on me. You’re not doing anything with it.

Friend: Maybe. What do ya got?

Friend: You got yourself a deal.

This isn’t verbatim how the conversation went between Vietnam veteran George Williams of Lynnwood, Washington and his friend that lead to their now well-publicized negotiation, but the result — and the components of the trade — are the same.

And, as the proud patriot and former service member explained it to Q13 FOX, perhaps the barter was serendipitous — maybe the 400 MB hard drive falling into his lap was meant to be:

“There were pictures of them in camp, pictures of the war, pictures of some cities around there and there were also family pictures. I don’t know if it’s fate. Maybe it was because if it was in somebody’s else’s hands, they would have wiped everything out and forgotten it,” says Williams.

“It’s a part of our lives that is kind of hard to explain. The pictures would be important because basically it’s your tie with your past,” says Williams.

Judging by the pictures he believes the rightful owner’s name is possibly “Jeff” and he spent time overseas serving our country. “Because of the years of the pictures, it looks like he was more in the Desert Storm [operation in Iraq]. It looks like he trained people, but also went out with them,” says Williams.

Here’s a couple of the photographs that were found on the drive: 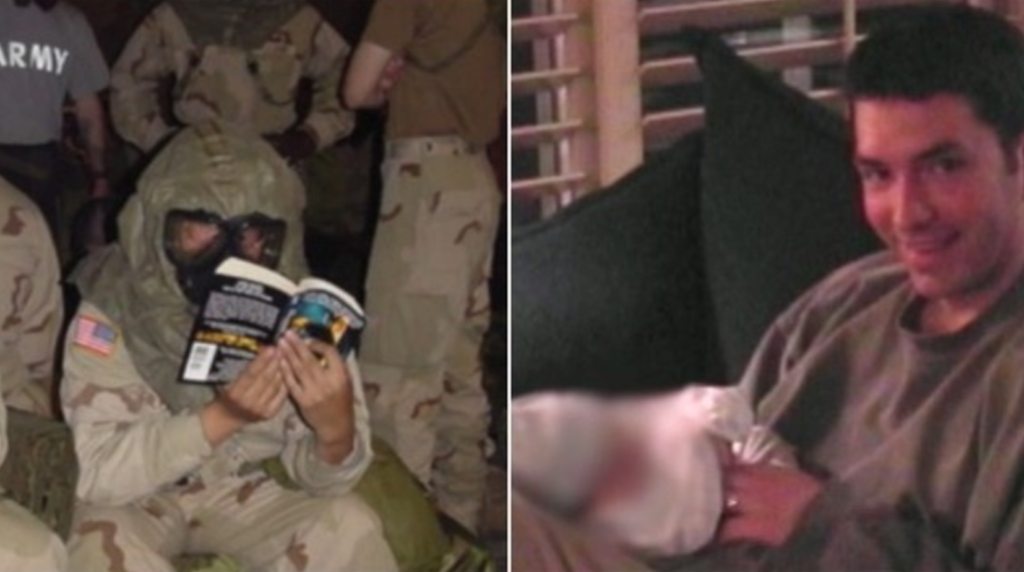