He may be Canadian, but that didn’t stop pop star Justin Bieber from suiting up with the red, white and blue recently — the United States’ very own Army West Point hockey team.

He managed to slap the puck around the ice after borrowing one of the cadet’s jerseys and equipment.

According to TMZ, upon the brief matchup the team took to Twitter and mentioned Bieber in an enthusiastic tweet: “Bieber knows the rules … respect the logo.”

It was in reference to the group shot the military took below: 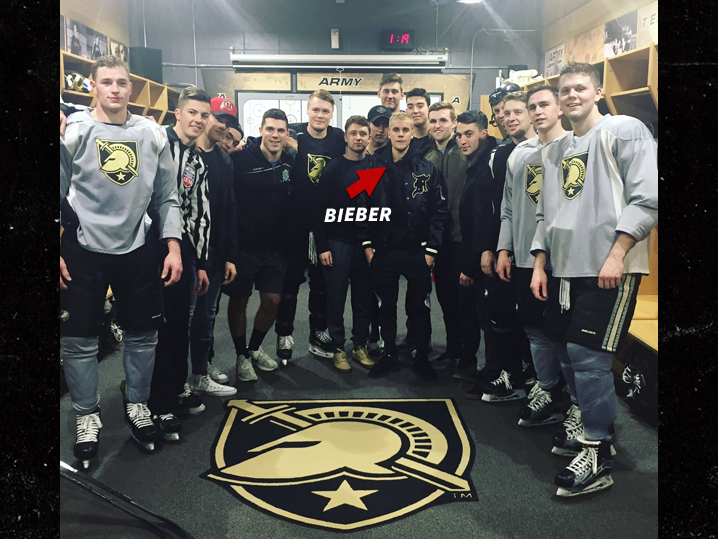 See a short clip of the skate-around, here: