Veterans Pose with Puppies for Heartthrobs and Hound Dogs Calendar

We love to post photos of muscly, shirtless military veterans and wounded warriors. We also love to talk about military working dogs and puppies. But a chance to put those two wonderful things together? We just can’t resist.

Take a gander at Heartthrobs and Hound Dogs, the perfect visual treat of sweaty, ripped heroes and cuddly, tail-wagging dogs.

The sad truth is that some Americans believe dogs found in shelters and rescues are ‘broken’ and less worthy of adoption than a designer pooch. To combat this myth, Dallas-based photographer Ricki Beason takes professional photos of shelter dogs to show their potential as loving members of a new family.

Beason shifted her focus to include military veterans after realizing that this specific demographic of hot guys had a lot in common with rescue pups. Veterans battle many harmful stereotypes connected to mental illness and physical disability. Beason realized that her project would give her the chance bust myths and prove there is nothing ‘wrong’ with military veterans or rescued dogs.

“Featuring military veterans and rescue dogs is a great way to bring recognition to both the beauty of dog rescue and the admiration of service for our veterans,” her site reads. “I want people to understand that rescue dogs are beautiful and that you don’t have to spend thousands of dollars getting a dog from a breeder to get a good looking pup…As for the veterans, I want people to see the faces of those that have served our country. These aren’t male models, these aren’t actors; these men are real life heroes.”

Here are a couple teasers from the 2016 Heartthrobs and Hound Dogs available on Beason’s professional Facebook page. 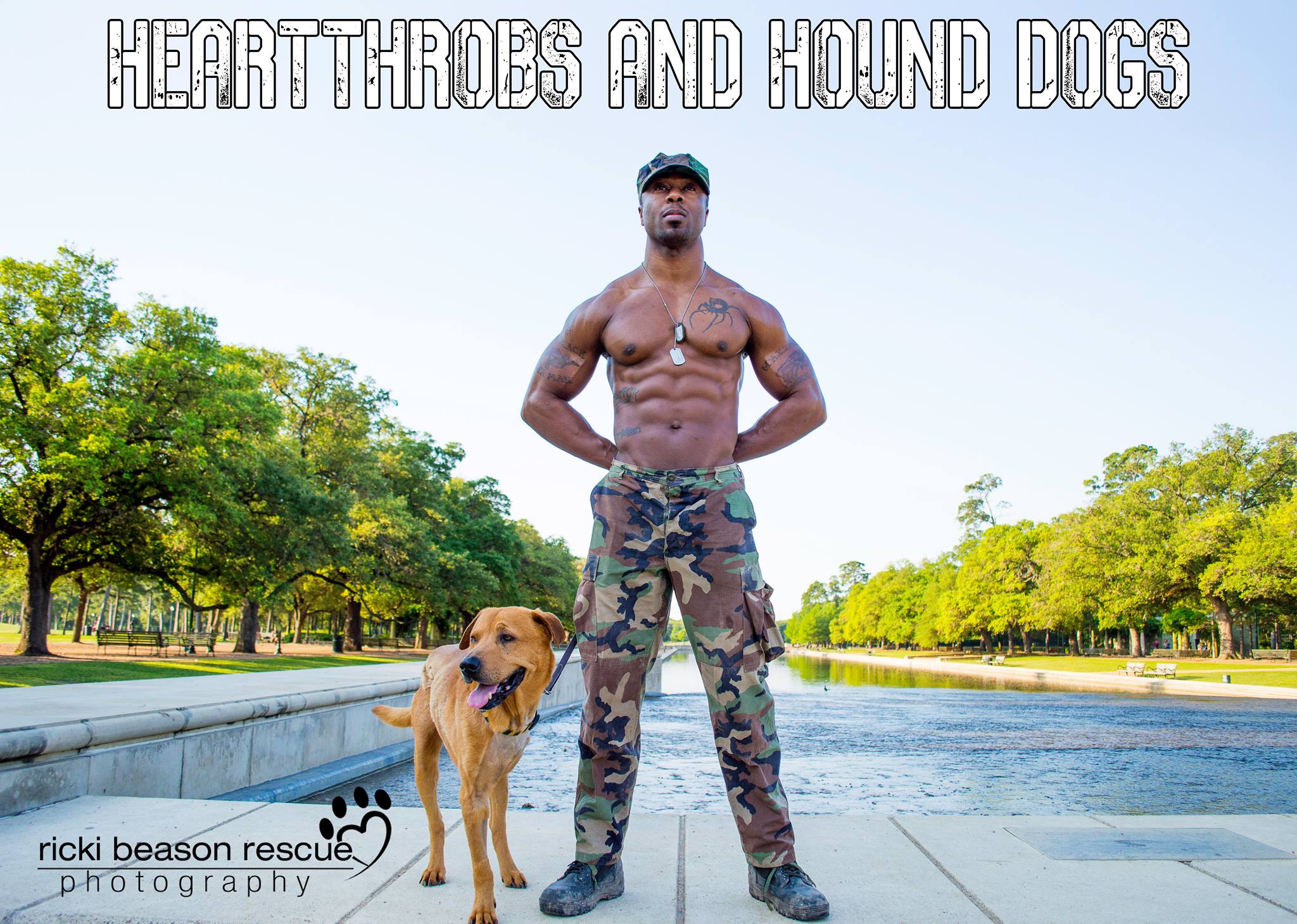 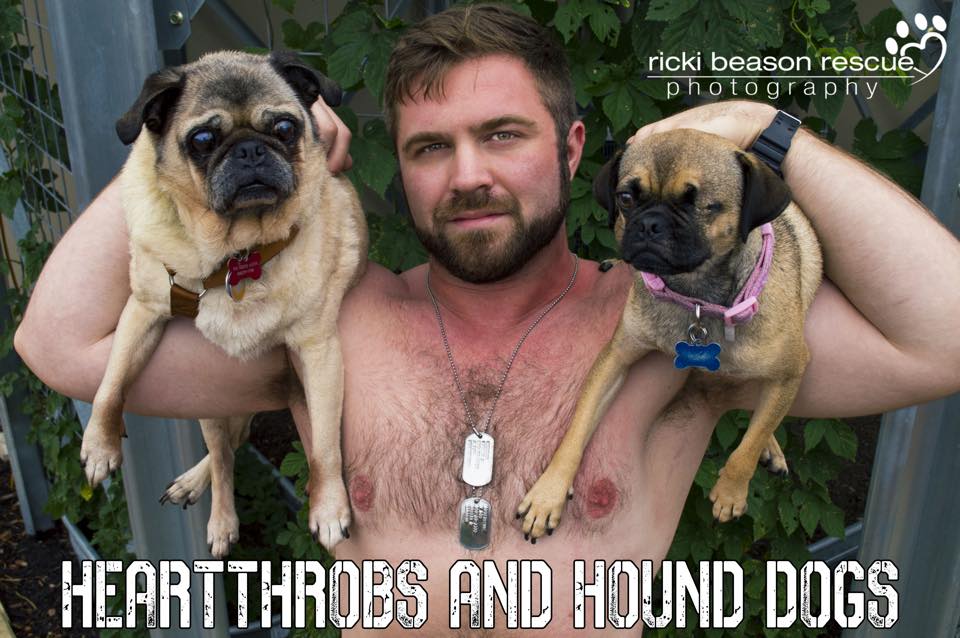 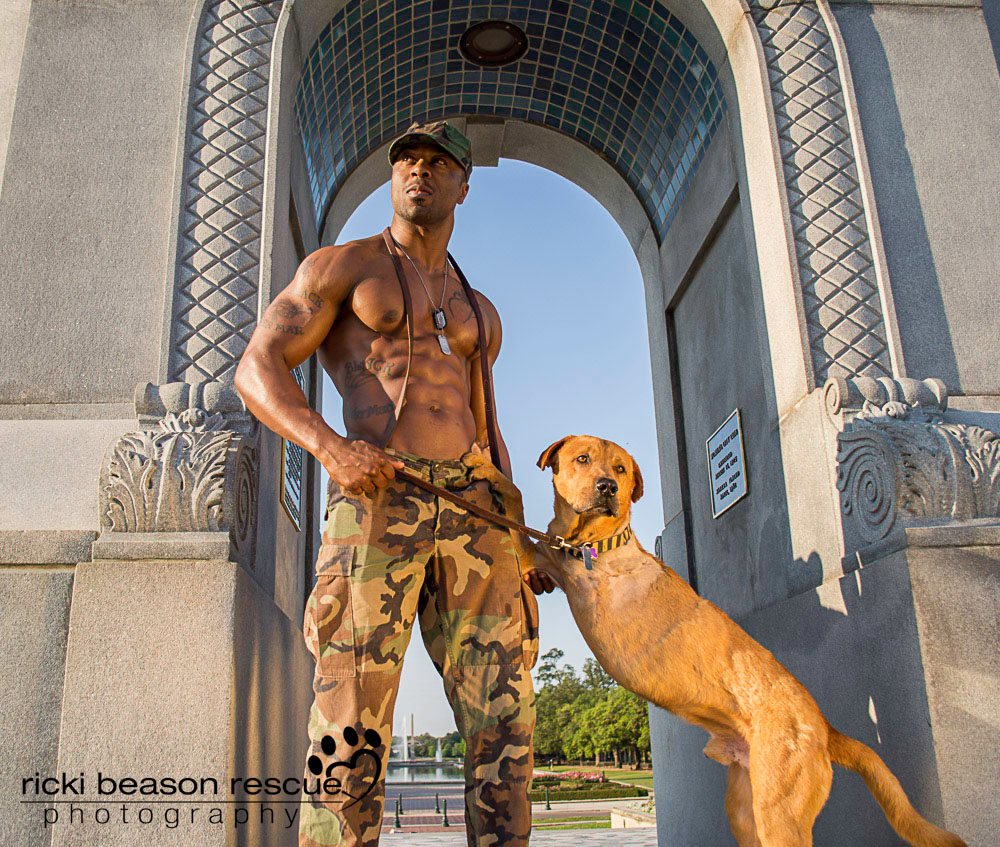 Heartthrobs and Hounddogs has produced two calendars, you can order the 2016 edition online.