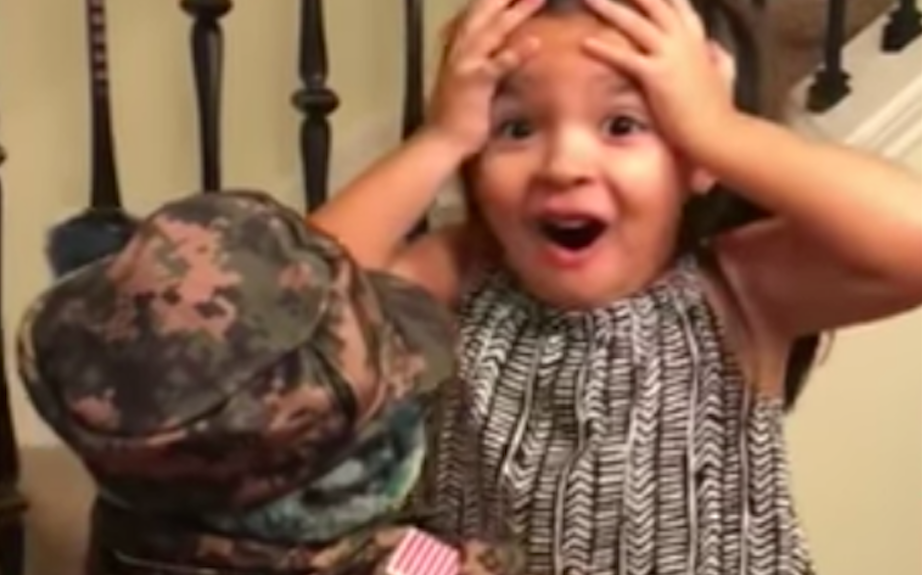 “You know I love you to the moon and back baby?” asked United States Army Private David Villegas, talking to his five-year-old daughter Ellie via a live video feed on Ellen last year.

Ellie’s mother and David’s wife, Vanessa, got everyone on the show after she entered a video she made where a recording of the service member’s voice surprised their daughter as it poured out of — Teddy Ruxpin style — a camouflage-wearing teddy bear (you can see it in the beginning of the clip below, along with their virtual reunion and conversation).

At the time of its airing, David was in basic training, at Fort Jackson, South Carolina. Currently, he’s training to be a 15T UH-60 Helicopter Repairer at Joint Base Eustis-Langley in Virginia.