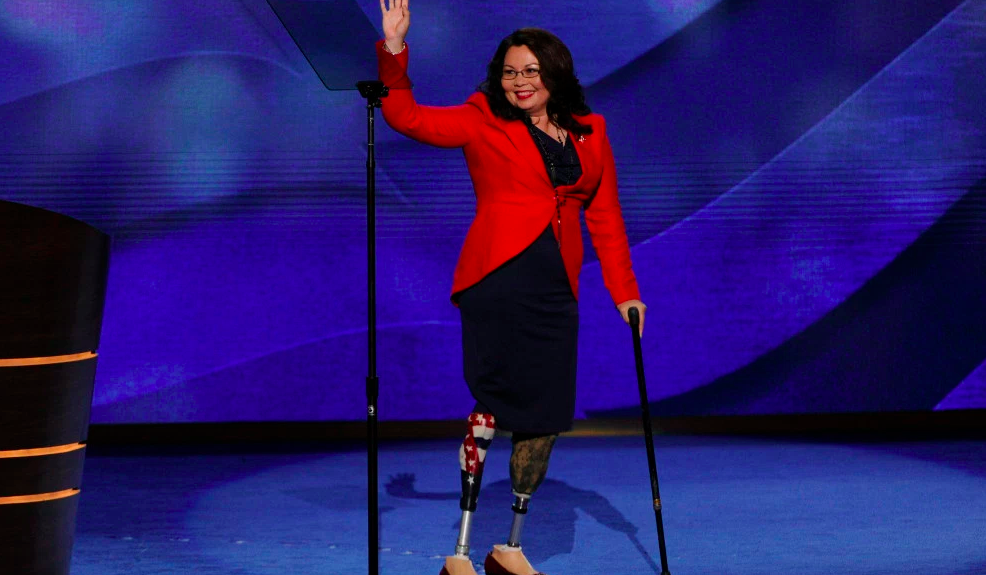 For any American politician, the road to the United States Senate can be filled with obstacles. Personal trials. Frustration. Long hours and doubters.

For 48-year-old Tammy Duckworth, with all these tribulations came also the fog of war. And the Purple Heart.

The Asian-American was studying for her doctorate at George Washington University when entered the U.S. Army as an officer. Soon, she was deployed overseas, and in 2004, her service met tragedy. The helicopter she was piloting, a Black Hawk, was hit by a Iraqi insurgents. The incoming fire took both of her legs.

On Tuesday, more than 12 years later, she voted for herself to become a member of the U.S. Senate as a representative of Illinois (the same seat once occupied by current POTUS Barack Obama) telling reporters present “I don’t take anything for granted.” After a few more hours of campaigning, her perseverance was rewarded: she beat incumbent Mark Kirk in the statewide election, and sealed her spot on Capitol Hill.

The mother-of-one was born in Thailand to a Chinese-American mother and war-hero American father, a World War II vet whose ancestors served in the Revolutionary War.

Duckworth, a former head of the Illinois Department of Veterans Affairs, has said veteran issues will form the basis of her legislative priorities.

She’ll join 14 veterans who kept their Congress positions, along with six others who never before held office in Washington. Eric Greitens, a former Navy SEAL, was also victorious, besting his opponent to become the next governor of Missouri.