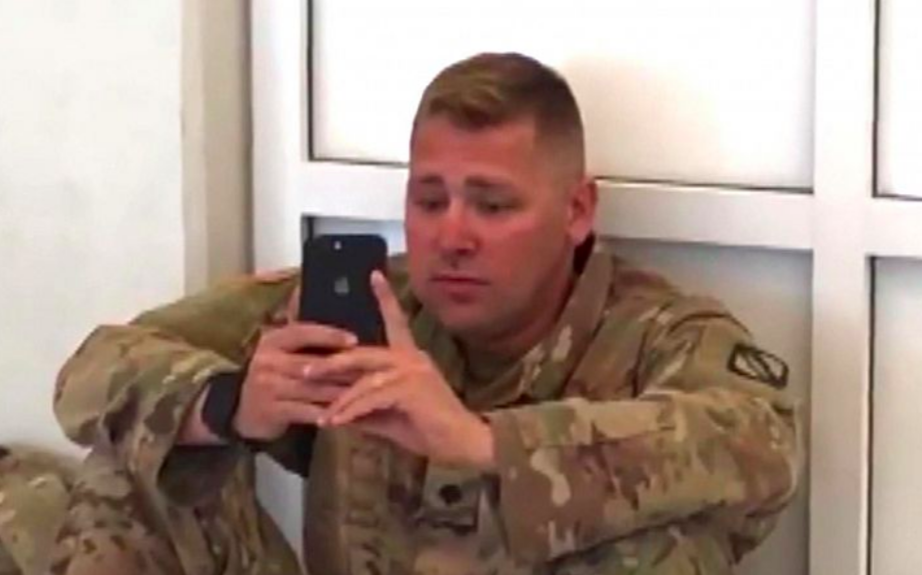 A few days ago, United States Army Specialist was on his way home to see the birth of his first child in Brandon, Mississippi, after training at Fort Bliss, Texas — when something went awry.

The second and final leg of his flying was delayed, and he was stuck, at Dallas-Fort Worth International Airport.

Then, his wife went into labor.

Thinking fast, they decided to FaceTime the birth, and so the solider (who is now just days away from a deployment to Kuwait) took a seat on the hard floor of the Texas airport, sat against the wall and saw his baby daughter being born, via the transmission of a smartphone videocamera.

During, airline passengers on the same flight who were waiting just like Lindsey noticed the special moment that was going on and took it in, while giving him an appropriate amount of space. One traveller managed to catch the service member’s reaction as he watched baby Millie being brought into the world.

The video she captured can be found within the CBS This Morning report below: