A Collection of Your Fondest Military Brat Stories 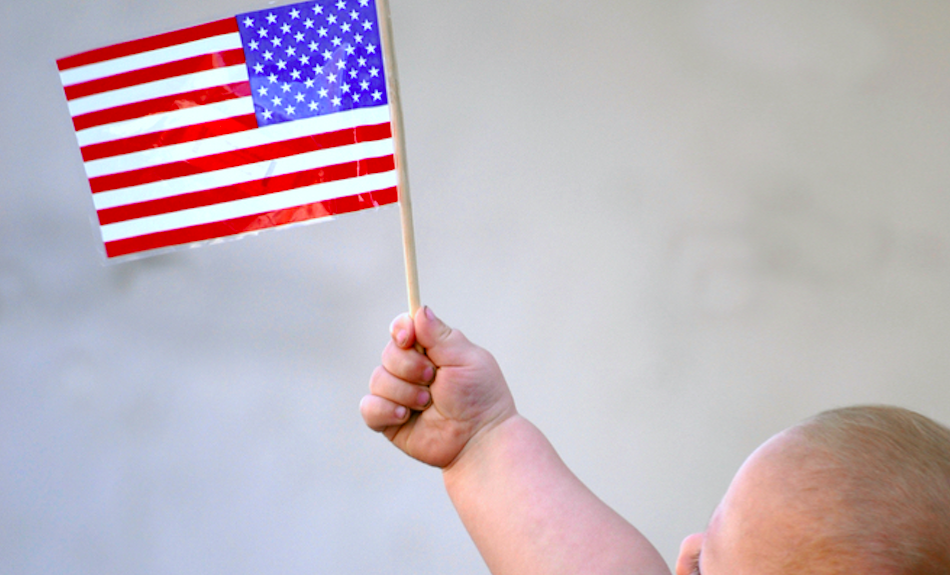 There are more than 25 million American “military brats”, an affectionate nickname for the children of the United States military. In 2016, a new holiday was established so we don’t forget the sacrifices they’ve made — the lonely days and nights, the fear they’ve endured while their parents protect us, far from home, doing the dangerous things that come with duty.

Recently, we asked for fond memories of being a child of the armed forces. Here they are:

Being 6 years old saw my dad packing his bags into the car for his long TDY. I went into the back seat and got myself as tangled up in the seat belt as much as I could. I cried saying he couldn’t go again that he would miss my birthday. It took a while for him to finally get me out of it and bribed me a bit haha. I loved being an Army brat and I am a mother to two more Army brats – Erica S.

Being a Navy Brat when I was a kid was so cool, in Charleston we’d be among MANY families on the riverbank watching the ships coming back from a cruise, we’d flash the headlights and Dad’s ship would flash back. Some of the neat stories he’d tell us and some of the things he brought back, coconuts still in the green shell we’d use as door stops (til they started leaking), and many times fresh fish caught that day or the day before. The Captain “ordered” Dad to go fishing off the fantail (he was a Hospital Corpsman and sometimes didn’t have much to do medically speaking) because the Captain and the Crew liked eating fresh caught supper – Bruce B

Air force born in Guam grew up around Fort Polk la….i remember goimg thru front gate you had to have closed shoes with socks selves pass your elbow and they would take a ruler and measure length of your dress ..could not show your knees and no pants .. – MaryJane S.

It was the only way of life I knew so it was normal for me. Born in Germany and dad didn’t retire until I was 11. Then he was accepted into a Civil Service job and we kept moving every few years. One year after graduating high school I enlisted in the Navy and served 26 years. Retired now and have spent more years in one place than ever in my life. I’m ready to “transfer” again !! – Lillian L.

Moving boxes, always! Pride. Becoming adaptable. Meeting amazing people.
So many jets and helicopters, all the time lol
Dreaming of being a soldier myself.
And then raising my own kids as Army brats
And more pride. – Megan K.

One of the benefits of being a Navy brat, entire ship’s crews transferred together. Even if you didn’t know them, packs of kids were entering school at the same time, moving in or out. Our lives seemed normal because so many around us were doing the same things. Move to a new place, there were always families we already knew. – Bruce C.

I remember having all my clothes in milk crates, when we got to a new place, turned them on their side and make a dresser. At one point my dad was a recruiter, problem with that is we moved to places where I was I only I army brat. It was kinda lonely, no one understood why we moved there. – Nick W.

My dad served 20 years in the Army
I went to 2 elementary schools, 3 jr high and 4 high schools
This allowed me as an adult to learn how to adapt to my surroundings no matter where they take me – Julie C.

When Dad was stationed in the U.S. he and the rest of the Company would have a BBQ. The Company would supply the meat and the women would usually supply side dishes. There was always plenty of kids to play with. The great part of living on post was you never had to explain why you came into the school in the middle of the year or left suddenly. It didn’t matter if your parent was enlisted or an officer, we had the same thing happening to all of us and the support for the families was great. – Robin A.

Dad surprising us at school when he got back from Vietnam. – Genie N.

Seeing our dad come off that big C130 at NAS Lemoore after yet another WESTPAC – Ruth A.

I was very sheltered, I was about 14 when my Dad retired from the Air Force. We moved every 3 years, I learned how to make friends fast but not how to maintain them. My Dad was gone alot but I have a great Mom who made it easier. – Nate T.

My daddy telling me the stories of escorting the Atlas missile from California to Cape Canaveral. Also all of his stories of being a dog handler during Korea – Monique K.

Dad coming home safe from Vietnam, being on the parade field to see him get promoted to CMSGT and get his commendation medal – Lynda G.

Sending my brothers and the others in him regimen homemade cookies for the holidays – Pam R.