Watch This Plane Almost Land on This Camera Guy’s Head 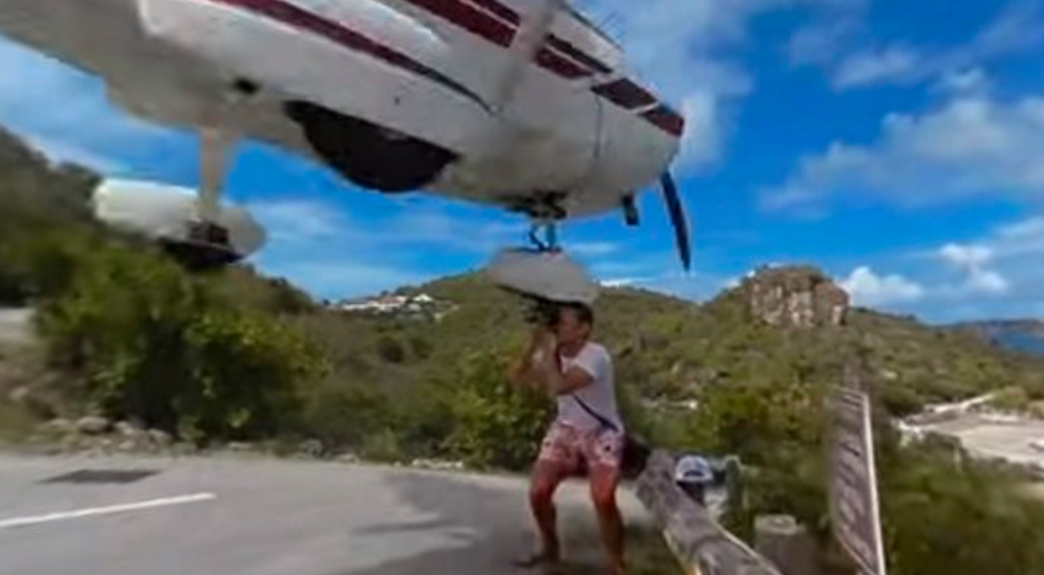 Is Saint Barts (i.e. Saint Barthélemy) so stunningly gorgeous that it makes a rational individual lose one’s mind? Does its tropical surroundings pump you up with so much bliss that your amygdala goes numb and suddenly large, fast-moving threats appear as fluffy and friendly as one of those oversized stuffed animals you win upon besting a carnival game?

Not sure. But the gentleman’s actions in the following video could, in a pinch, support this theory.

Watch him get a haircut from a Cessna trying to make a clean landing on a runway in Saint Barts:

This particular airstrip, part of the Gustaf III Airport, is often considered one of the most dangerous in the world. For the record, the man with the camera is Sébastien Politano.