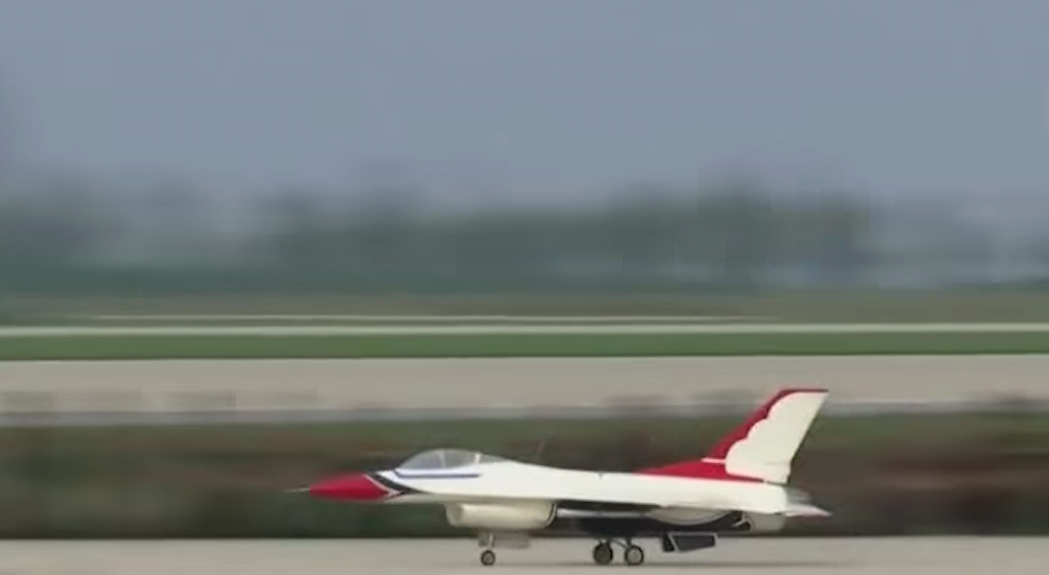 The totalitarian dictatorship doth protest too much, wethinks?

It would appear so, because after all North Korea’s bellyaching about the West bringing them down they sure get a kick out of a few things that are unabashedly Western and, in this case, purely American.

More on the oddity from Military.com:

The choice of flying a one-sixth scale F-16 at the show was an odd one considering the outrage North Korea regularly expresses over the presence of U.S. troops and Air Force bases in South Korea.

The North was particularly outraged over recent flights by B-1B Lancerbombers. North Korea’s official Korean Central News Agency described the B-1B as an “ill-famed nuclear war means” and accused the United States of resorting to “nuclear threat and blackmail” against the North.

This is really no surprise but it’s worth reporting: when asked who decided it was a dandy of an idea to show off a mockup version of a classic American military jet, the officials responsible for the event refused to answer.