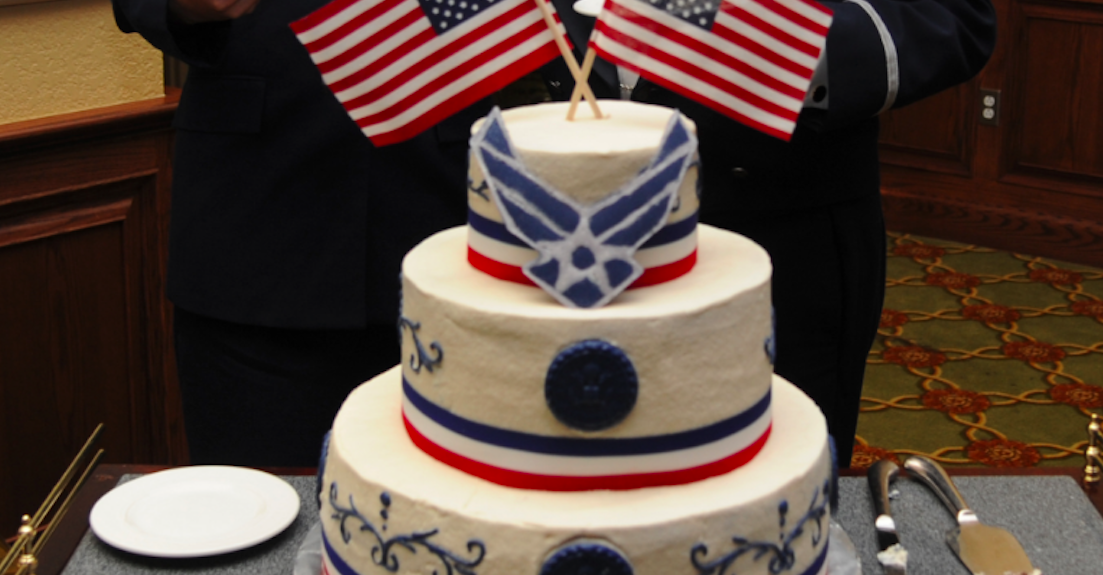 About a year ago, a bunch of bakers in Italy got together and did something absurd.

They made a huge cake. And not just any huge cake — the biggest cake in recorded history.

Measuring 17 yards long and nearly as wide, it featured major Italian landmarks, sugar people and even the Alps.

Funny thing is, it could’ve been cooked in one shot with the toy the United States Air Force is about to roll out: the Joint Biological Agent Decontamination System. Only — as you probably speculated based on the name — it won’t exist to make colossal confections.** Rather, it’ll bake the branch’s aircraft, to rid them of destructive microorganisms that are slowly corroding their expensive frames.

And, truth be told, it’s just one of the tricks up the USAF’s sleeve to keep its fighters and other planes fit to fly. Every year, it spends a whopping $6 billion to do this odd job. And, of that humongous chunk of change, about $1.2 billion is set aside to purge the fleet of the micro beings that love to eat metal, rubber, and more.

“Microorganisms can eat away at surface materials, and some of the worst areas affected are tight, hard-to-reach areas that maintainers have difficulty disinfecting,” Wendy Goodson, the AFRL’s Biological Materials and Processing team leader, told PM.

According to the USAF, the JBADS (the big oven) is scheduled to be turned on in 2017.