See the Bomber That’ll Eventually Replace the B-52

In the fall, we reported on the Pentagon’s announcement that they awarded Virginia-based defense firm Northrop Grumman a contract upwards of about $80 billion to design and build more than 20 long-range strike bombers, for the new millennium.

Aircraft they’re aiming to put into use in roughly a decade (2025 is their current target date).

Well, the United States Air Force Secretary Deborah Lee James announced that the aircraft will be called the B-21, and it’s slated to eventually replace the popular B-52 (which has been around, believe it or not, since the 1950s!) after it takes the new plane “under its wing” (pun intended) for a period.

According to the branch, the future bomber will be used for both conventional and thermonuclear warfare.

As of now, this is what it’ll look like: 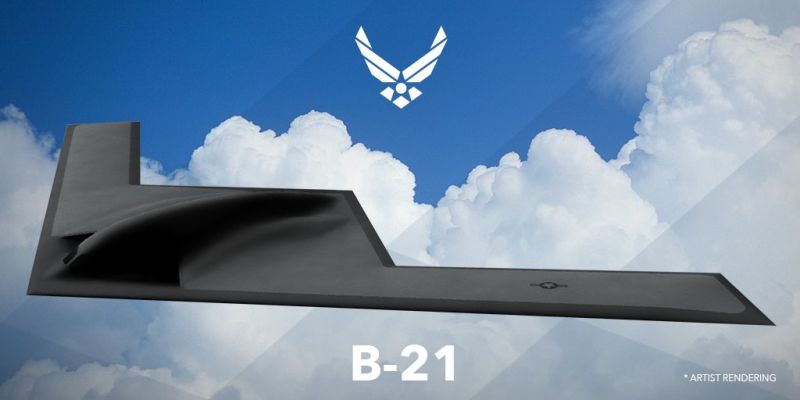 The B-21 has been shrouded in layers of mystery until now. It’s design was kept secret, even as the government awarded a contract to Northrop Grumman to build it. Expected to cost approximately $564 million apiece, and with up to 100 units planned to be built, the B-21 is expected to not only complement America’s first sleek stealth bomber, the famed B-2 Spirit, as well as the iconic B-52 Stratofortress and the supersonic B-1B Lancer, but one day also supplant them.

The B-21’s full capabilities are still undisclosed at the moment, though it’ll be sure to have the latest iteration of American stealth technology, long range, heavy payloads, and possibly even a degree of autonomous capability. More than a mere bomb truck, however, it is expected to be a multi-talented platform, including sensor, network, and data fusion capabilities, along with the ability to conduct electronic warfare and surveillance.

The USAF assured the public that while the bomber doesn’t have a nifty nickname yet, it eventually will. If you have any good ideas, don’t be bashful, let us in on them in the comments below.