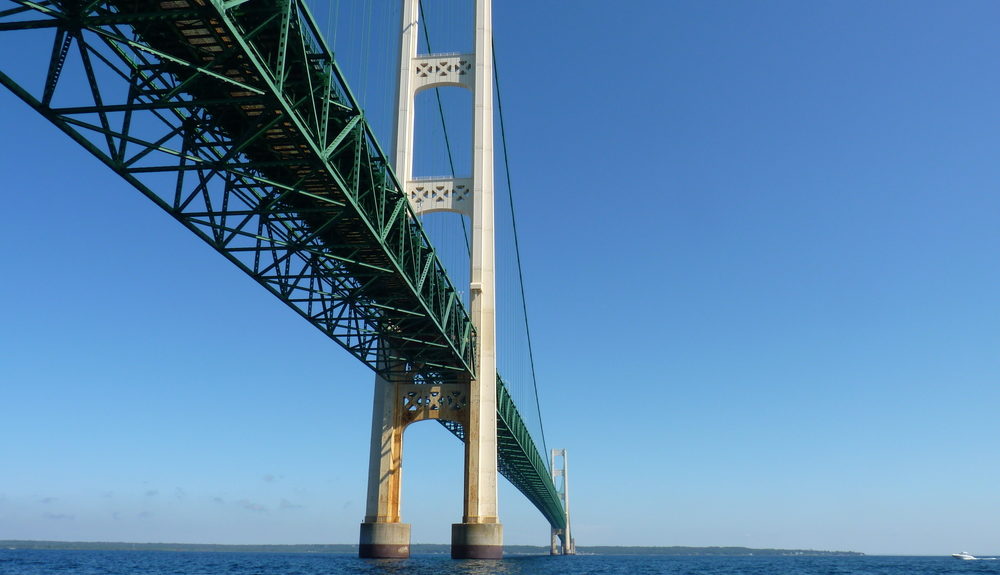 Michiganders affectionately refer to it as “Big Mac”, “Mighty Mac”, and in 1959 a United States Air Force pilot decided out of nowhere that it was a good idea to fly a then-state-of-the-art Boeing B-47 … under it.

It cost him his military flying career.

USAF Captain John S. Lappo was originally from the Wolverine State (Muskegon, to be exact) and when he made the quirky, costly snap decision to zoom the million-dollar bomber it surprised the stuffing out of his peers. He was a decorated World War II and Korean War veteran. He stealthily commanded spy planes over the Soviet Union. He was a trusted, brave aviator.

Nevertheless, he went cowboy stuntman that one fine day, and cemented a legend that followed him for the rest of his thirty-year military career and up until his death in 2003.

The 58-year-old story begins near the bridge, as Lappo and his crew were flying back from a routine training mission.

Here’s how it all went down, via Michigan Live:

Capt. Lappo, a veteran of countless dangerous missions, made a seemingly instant decision to fly the massive bomber underneath the bridge with just 155 feet of clearance.

Traveling at 425 mph with the help of his crew, Lappo navigated the plane above the whitecaps and emerged on the other side unscathed. He was later asked why he attempted such a risky stunt, according to Shepherd.

“Why do men climb mountains? Or what motivates them to go into space? It’s just a sense of adventure that some men have and some don’t,” he is quoted as saying in Shepherd’s article.

“I’ve always wanted to fly under a big bridge. I thought it would be the Golden Gate.”

On August 10, 1959 it was preordained that he would be found guilty as charged at a general court-martial. He was accused of violating Article 92 of the Uniform Code of Military Justice.

Specifically Air Force regulation 60-16, according to Shepherd.  At that time, it stated, “Except during take-off and landing, aircraft will not be flown at less than 500 feet above the ground or water.”

Lappo retired from the service in 1972 at the rank of lieutenant colonel.