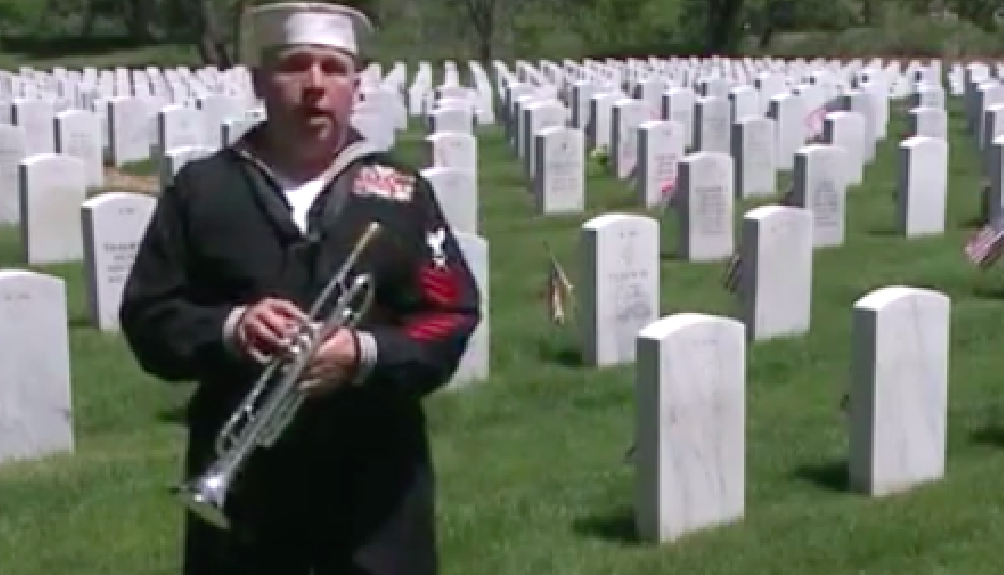 “It’s my way of saying you are not alone. And there are others right beside you, even if you not know who you are.”

This from FOX 31 in Denver:

So he walks row after row at the 214-acre site with more than 122,000 internments — his trusty trumpet in hand.

His journey is one of gratitude — a 45-second trumpet solo at a time.

The families he meets along the way say his music hits all the right notes.

“There’s not a higher respect than that. It’s absolutely beautiful,” Lovato said.

The sound of Stallins’ horn rings throughout the cemetery. People stand at attention. It’s all about honoring the fallen.

The song “Taps” was penned by Civil War general and Medal of Honor recipient Daniel Butterfield. His intention was to replace the ditty they already used, which was an old French number.

His effort was a success, and “Taps” was officially recognized by the military in 1874.