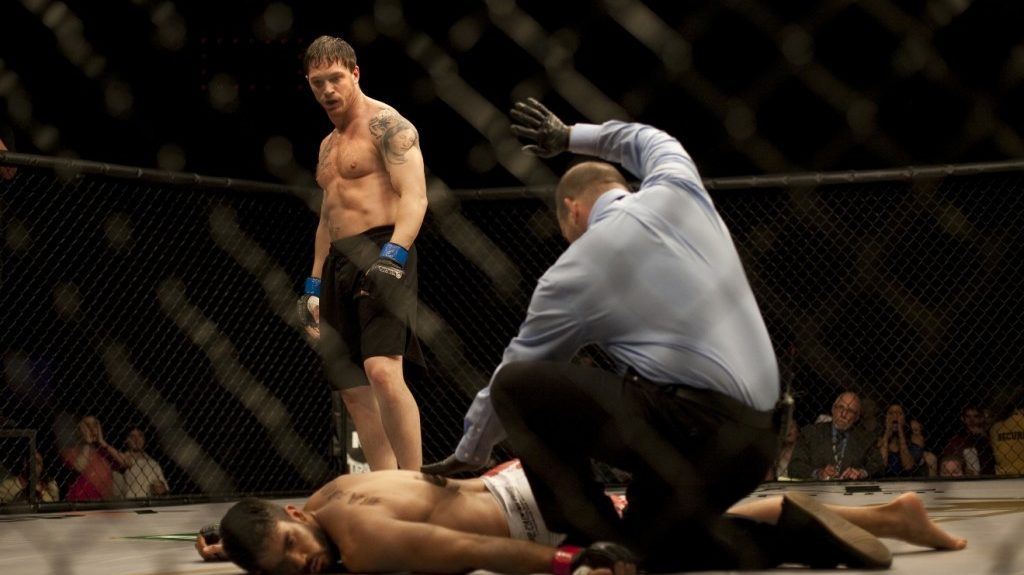 These days British-born Tom Hardy, 39, is considered by many to be one of Hollywood’s premier actors, having received heaps of applause for performances in The Dark Knight Rises (as “Bane”), Mad Max: Fury Road (as “Mad Max” himself), The Revenant (as “John Fitzgerald”) and Bronson (as the infamous English prisoner “Charles Bronson”).

But did you know that way back in 2011 Hardy portrayed an American post-9/11 combat vet? He did. And his character’s name (fictional, of course) was Tommy Riordan and, the movie? Simple, Warrior.

Here’s what Esquire had to say about it in a recent post:

A taciturn Iraq veteran who sees MMA as a chance to escape a grim, post-war existence, the film’s fight scenes are some of the best in recent memory, with Hardy exploding into life beneath the bright lights of the octagon, as well as in the handful of poignant, contemplative scenes away from the ring.

That closing scene, too..

And one comment posted on the almighty, all-knowing Rotten Tomatoes (via New Yorker critic Bruce Diones) summed it up (they gave it an 82% on the “Tomatometer” with an audience score of 92%, by the way:

The movie is so skillfully made, and the performances are so convincingly real (Hardy is sensational), that, as it reaches its cathartic, winning finish, it achieves a surprising compassion and honesty.

Here’s a snippet from the film (an MMA fight scene):

And Hardy playing the vet meeting his father (played by Nick Nolte), Paddy Conlon, at a diner: