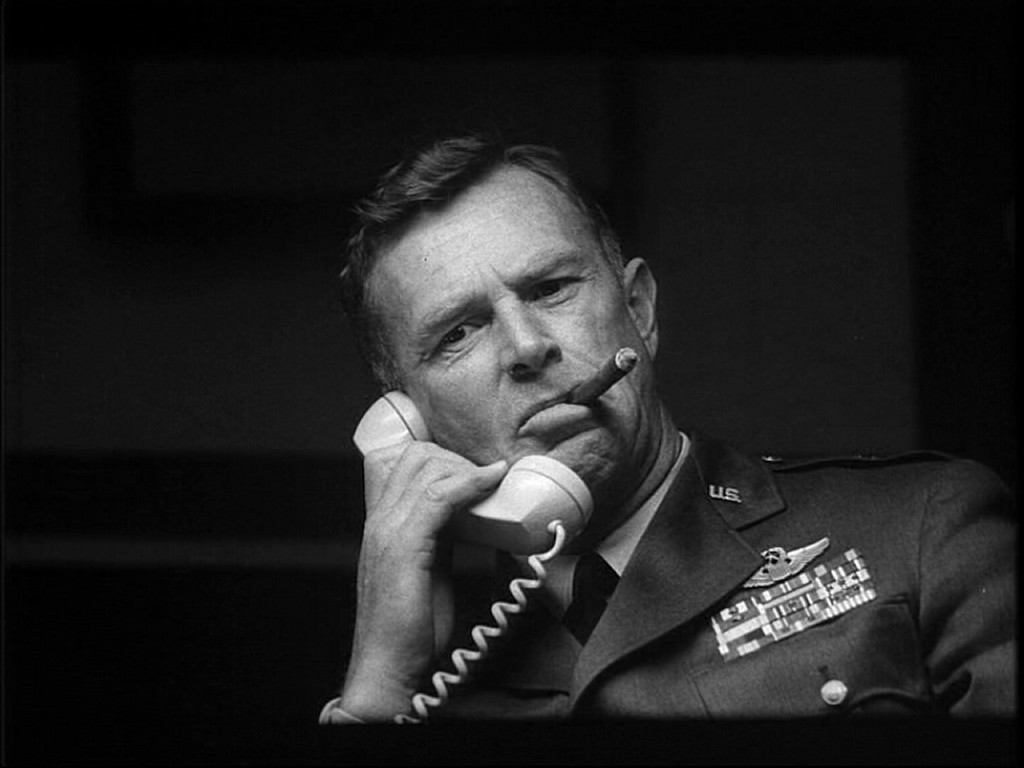 Perhaps the darkest of the dark comedies about war, and most certainly the bleakest about American nuclear war, turned 52 years old this January. In case you didn’t know.

Dr. Strangelove or: How I Learned to Stop Worrying and Love the Bomb came out on January 29, 1964, and hardly to glowing reviews. After all, this was the scariest/hairiest period in the decades-long Cold War, and the film was basically about a nutty United States military general and his ability to single-handily start a nuclear war with the Soviet Union.

Two things to pass along to you on this. One, this New Yorker article that very simply states — then proves — that the Stanley Kubrick’s atomic laugher was anything but a farce, but rather, stone cold reality. And two, the skinny on what was originally the closing scene of the movie: a pie fight between the esteemed heads of state and military officers.

Here’s Ken Adam, an artist working for Kubrick on how it was produced (and why it was deleted):

[Kubrick] did a quite brilliant scene at the end of the picture, of a pie fight. Did you hear about that? No. Well, a custard pie fight. I ordered about 4,000 custard pies and we shot it for over a week, with everyone on the war room going crazy. George C. Scott was dangling from that big light ring and throwing pies and Peter as the president and Peter as the Russian ambassador were sitting like two kids on the floor and building sand castles out of this mess of pies everywhere. It was quite, quite brilliant. I think the best pie fight ever shot. Unfortunately it was the same time when John F. Kennedy was assassinated and there was some dialogue “how can you stand by when our president is something …” and Stanley said “no, no.” And all of us and his family said “this pie fight has to stay in …” And he said “no, no.” Nobody saw the pie fight until I saw it about four or five years ago at the BFI. Because someone came over and wanted to write about it. And then I became aware of why he really didn’t want to use it. It was quite brilliant, but it was not in keeping with the way he shot the rest of the film. He had pies in sort of slow-motion sometimes you know and it became … as a pie fight in itself it was probably the most brilliant pie fight ever shot, but as part of that crazy picture, somehow it didn’t work.

Here are a few captured stills from the lost fight, via BFI: 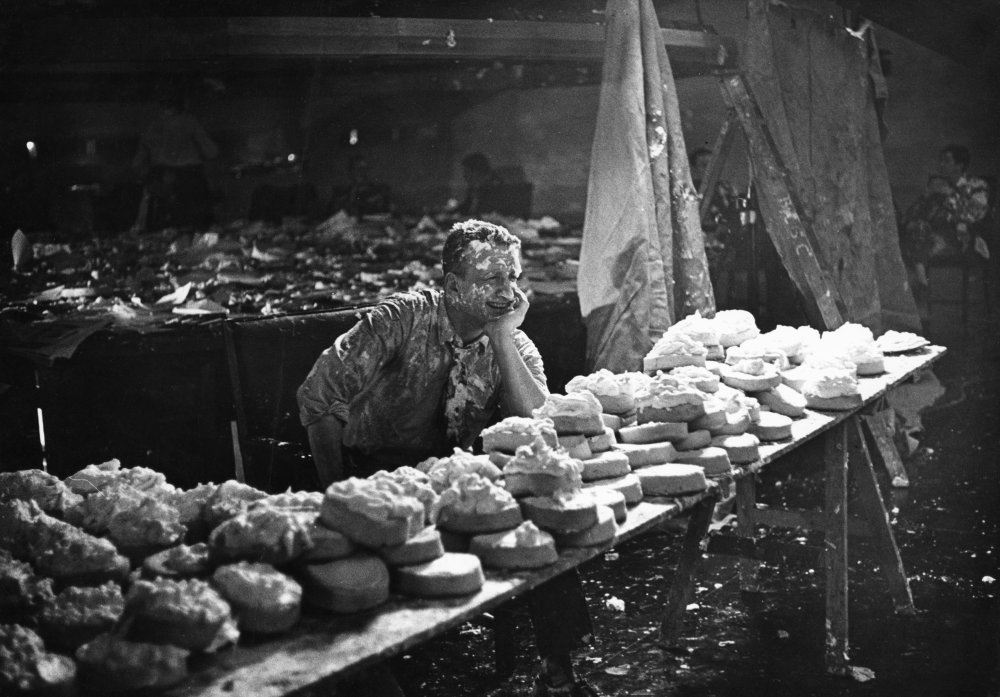 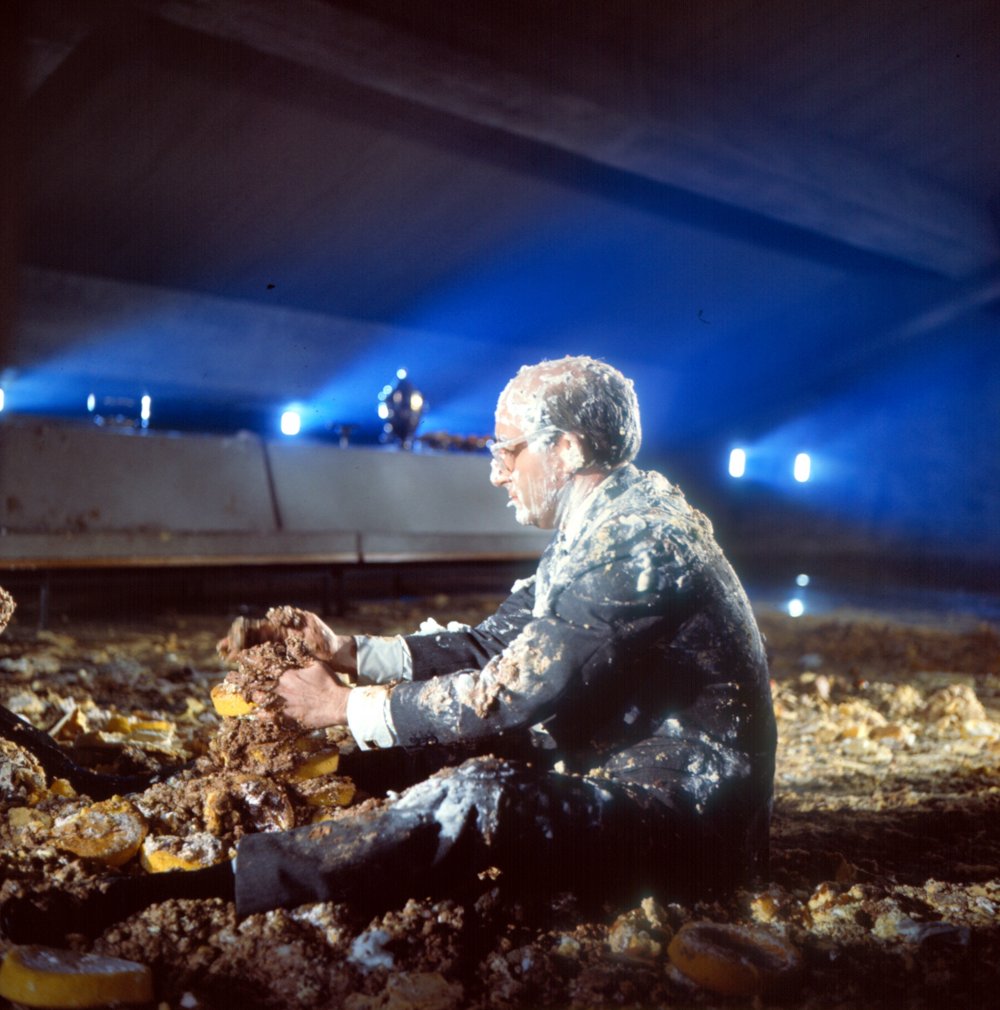 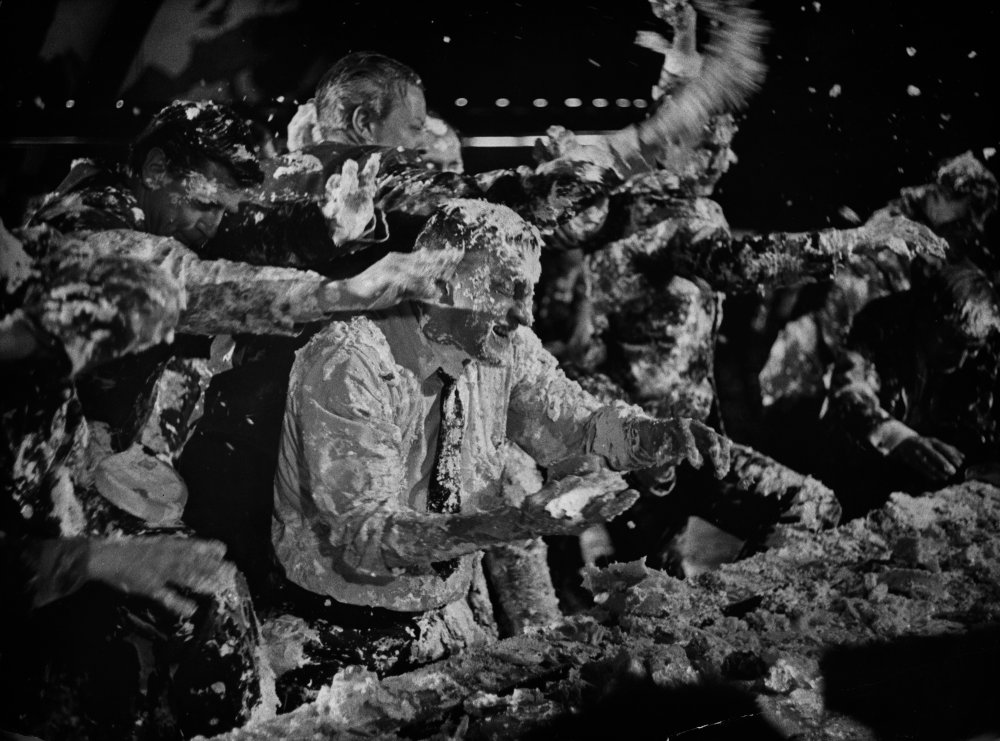 In case you don’t recall, here’s the revised ending, and the one that now stands for all time …

And here’s one of the iconic lines in the film, just because: