Years before he became the youngest American to ever be elected President of the United States, inspiring countless numbers to public service, establishing the Peace Corps, dealing with the palpitating Cuban Missile Crisis and unofficially becoming the first ever “television president” — John Fitzgerald Kennedy was celebrated as a decorated war hero.

The following is a short piece on his tale of courage, which occurred in the Pacific Theater during World War II, after the naval vessel he was commanding, Motor Torpedo Boat PT-109, was hit by a Japanese destroyer.

Via the JFK Library, here’s the original coconut, sealed to play its retired role as a paperweight: 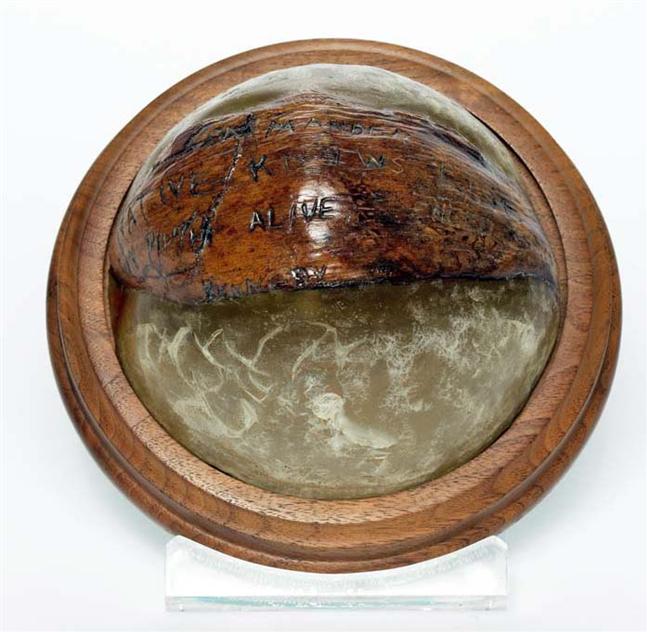 This is what it says:

Kennedy told two of the native islanders who aided in he and his sailors’ rescue that if they saw any military from Japan to scratch it all out.