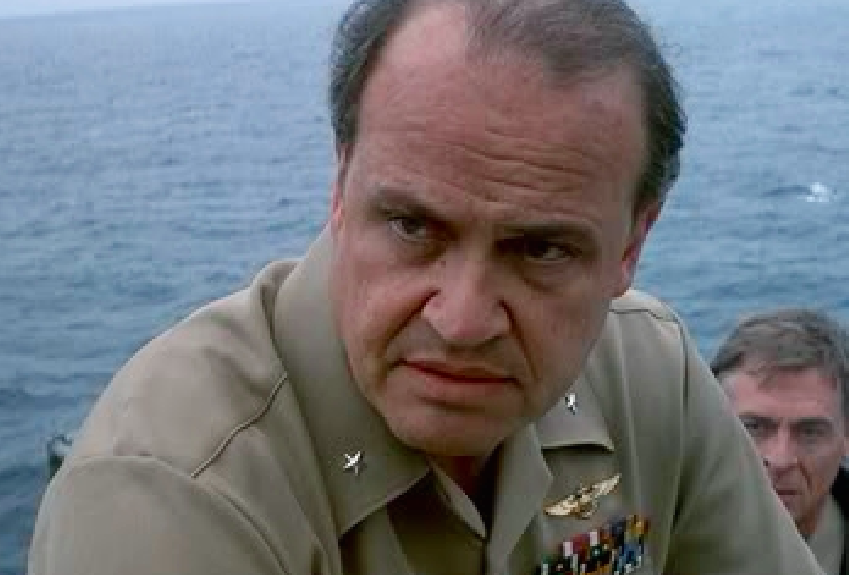 Sadly, we lost actor, lawyer and former United States senator Fred Thompson back in 2015. He was 73.

Thompson, a staunch Republican, represented Tennessee in the U.S. Senate from 1994 to 2003.

A successful attorney early in his colorful professional career, he was appointed to minority counsel to the Senate Water Committee in 1973. Then came the 1980s, and for Thompson (who was sometimes listed in credits as Fred “Dalton” Thompson, that meant Hollywood.

It also meant delivering this classic line in the following clip while playing Admiral Painter in the iconic 1990 naval/submarine film The Hunt for Red October (which also starred Sean Connery and an extremely young, thin Alec Baldwin):

His political opponents say it was just one more role for the man who has acted in 18 feature films in 10 years. Mr. Thompson, a huge 6-foot-6 Republican with a drawl that rumbles like an approaching storm, swears he is playing only himself.

Either way, it worked.

He left office in 2004 and returned to the screen. In 2008, he attempted to nab the Republican presidential nomination, to no avail.