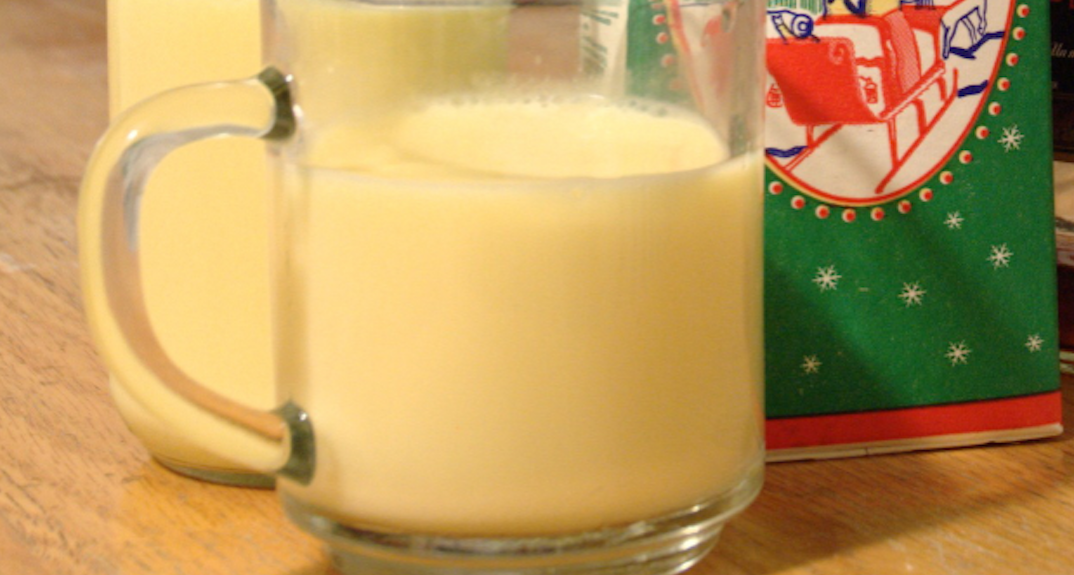 When it was over, the damage was evident all across the North Barracks at the academy in upstate New York.

Two officers assaulted and threatened. Several broken windows. Stairways torn apart from their banisters. An estimated 70 to 90 cadets in tattered clothes, hungover or still drunk. Stumbling and in collective disbelief after taking part in what would — for decades after — go down in history as the “Eggnog Riot of 1826.”

According to those who witnessed the alcohol-fueled melee, it was a miracle no one was killed. And that’s not hyperbole. In fact after one of the officers, Captain Ethan Allen Hitchcock, went to check in on a bunch of the cadets on Christmas Eve (when the riot took place) he was not only accosted — his life was put on the line by at least one of them (albeit verbally).

“Get you dirks and bayonets … and pistols if you have them. Before this night is over, Hitchcock will be dead!” exclaimed one of the officers-in-training.

But how did the ruckus start?

A few suspects are largely blamed for inciting the boozing violent mess (two, to be exact). One of them was the draconian superintendent of the school at the time, Colonel Sylvanus Thayer, who kept a ban on liquor in place as punishment (it was usually lifted for the holiday). The other? The future president of the Confederacy: Jefferson Davis, class of ’28.

Egg nog was a traditional part of West Point’s annual Christmas celebration, but Thayer’s moratorium on alcohol threw a wrench in the festivities. Not to be denied a night of revelry, some cadets set about smuggling in liquor from nearby taverns for the holiday party. One of the cadets was Jefferson Davis, future president of the Confederacy. Jefferson had a history of bad behavior with alcohol. A member of the class of 1828, he was the first student to be arrested for going to Benny Haven, one of two taverns located near West Point and the only one which allowed students to barter for alcohol. Another time, Davis was reportedly so drunk that he fell down a 60-foot ravine. He wasn’t one to shy away from a good party, and was enthusiastically on board with the other cadets’ plan to bring booze to the holiday party.

Benny Haven’s proved too expensive to supply the amounts of liquor the cadets wanted to bring to the holiday party. Instead, several nights before Christmas, three cadets crossed the Hudson River to the the east bank to procure whiskey from the area’s other tavern, Martin’s Tavern. After imbibing a few glasses themselves, the cadets took the contraband booze back across the river to the academy. At the dock, they found an enlisted solider standing guard, but paid the man 35 cents for him to turn his back while they unloaded their cargo. The containers of alcohol were then stored among the cadets’ private possessions, hidden until the night of Christmas–a total of three or four gallons of whiskey.

Thayer was strict, but he wasn’t dense. Cadets had smuggled alcohol into the academy before, and those situations had been dealt with on an individual basis. He assumed that, with the holidays, there would be similar incidents–in fact, he discussed such a possibility with colleagues at a small party the night before. But Thayer took nothing more than standard precautions, assigning the same two officers–Captain Ethan Allen Hitchcock and Lieutenant William A. Thorton–to monitor the North Barracks.

When Hitchock and the other officers finally calmed the liquid courageous hoard of cadets — some 260 in total — on Christmas morning, more than 90 faced getting thrown out of the institution. This included Davis, as well as future military hero Robert E. Lee.

Both were spared, however, thanks to peer testimony, but 19 cadets were court-martialed and 11 ultimately were expelled in the wake of the sloppy, creamy scuffle.

A few other things arose out of the event: the North Barracks were demolished, new ones were constructed to “make it more difficult for [cadets] to get out of hand in large number”, and a legend was born. One that cadets — who no longer are allowed to enjoy a big holiday bash — can look back on and only wonder what was, or, what could have been.