After Iraq War veteran Ryan Lonergan confronted a student in his campus cafeteria for Stolen Valor, George Williams College banned him from campus outside of class because of his “disorderly conduct.” After Lonergan appeared at a hearing and explained his side of the story, the university has retracted its punishment and sent a letter of apology to the veteran.

Guardians of Valor acquired a copy of that apology letter, which is shown below. 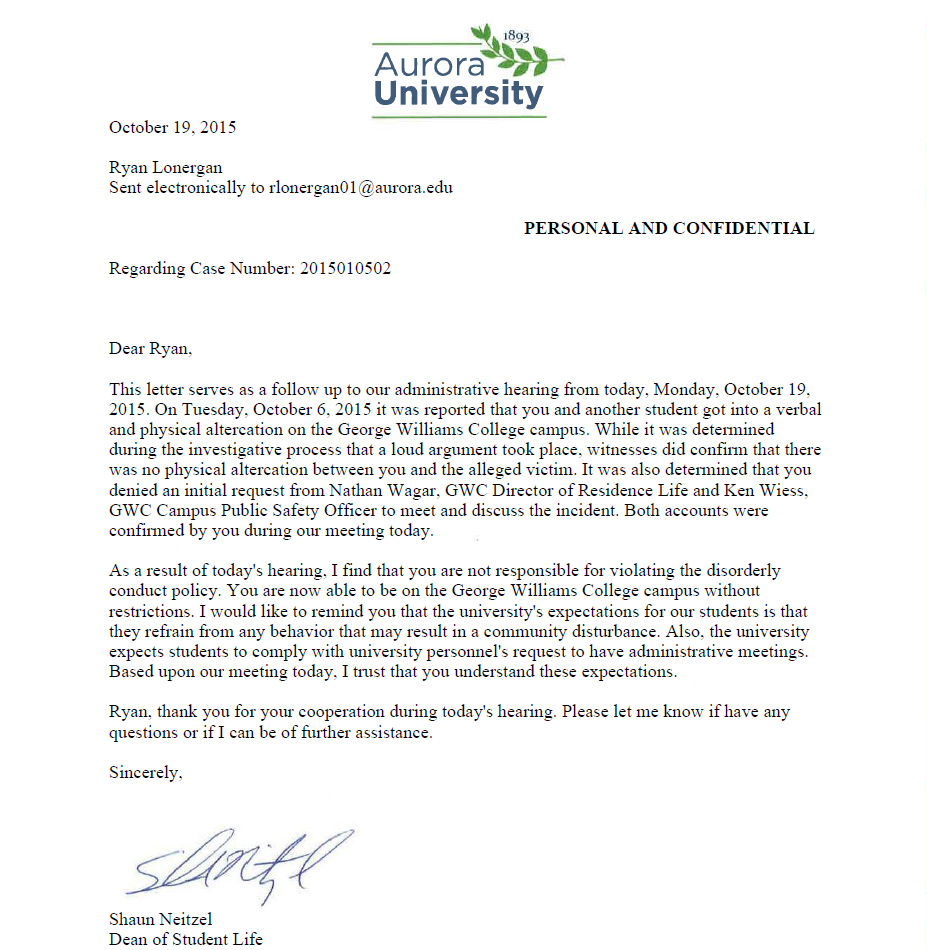 To recap, Lonergan was approached by another student in the cafeteria who claimed to have served in the Marine Corps. A little casual conversation was all Lonergan needed to ascertain that the student had never served at all.

“I told him he was taking credit from men and women who actually earned the title of Marine,” Lonergan said. “We then walked back to our separate booths and I told him to grab his lunch and more to a different table away from me. My voice was loud and I did swear a couple of times, but I never got violent. I never told him to leave, but he threw the rest of his lunch away and left the building.”

Rumors of Lonergan acting aggressively towards the student swirled, but the hearing on Oct. 19 completely exonerated the veteran of his charges.