Apparently, that’s what the thrift store — a store part of the chain that is Goodwill Industrial International Inc., according to a number of sources — depicted in the following photograph is peddling by putting adult size, possibly-authentic United States military uniforms up for sale in their brick and mortar.

Sure, they make it nice by plastering “hero” signs all over the store, but don’t fall for the sleight: they’re promoting the donning of uniforms that is for strict and serious purposes and carries the ethereal weight of all of the brave men and women who paid the ultimate sacrifice wearing them.

And we’re not talking about little kids wearing tike clothing that pays homage to Americans in service. Don’t be silly. And don’t get it twisted. We’re talking about full grown men and women — civilians — mimicking airmen and soldiers and Marines and sailors, etc. for — what? Candy? A phone number? A buzz? What? 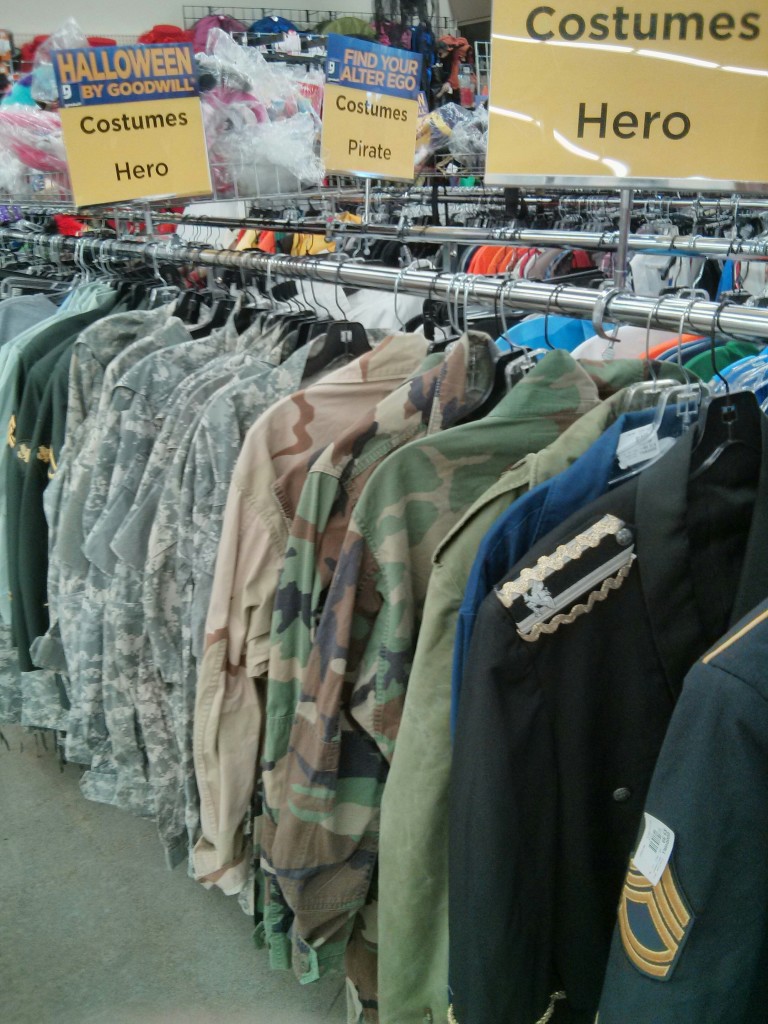