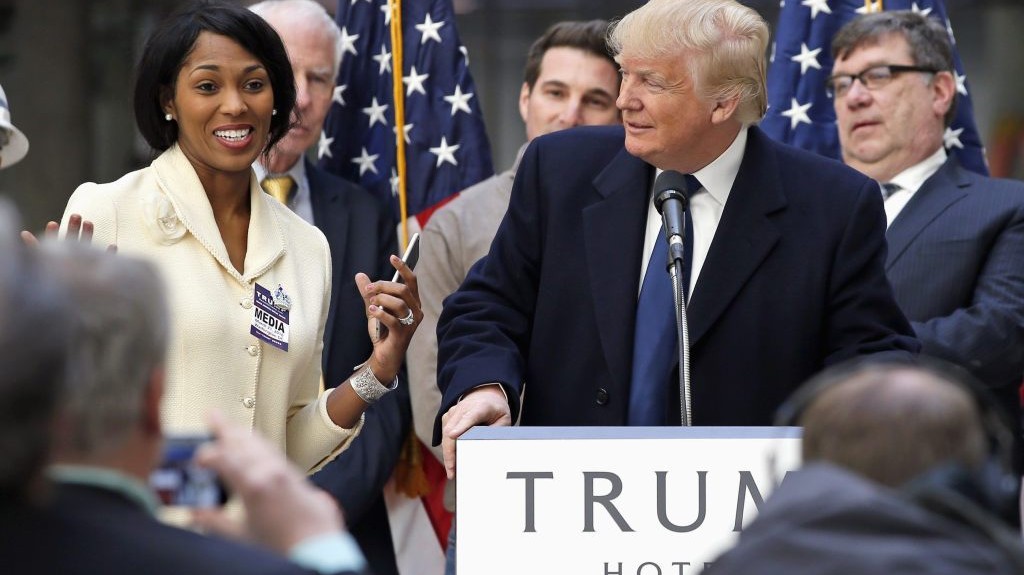 You may recall a Donald Trump press conference on March 21 in which he gave an impromptu job interview to an Air Force vet named Alicia Watkins. That veteran said on public television that she had served in the Iraq and Afghanistan wars, earned a Purple Heart and witnessed the terrorist attacks on Sept. 11, 2001.

Trump hired her on the spot.

This isn’t the first time Watkins shared her story on television. She has also appeared once on TLC’s “Say Yes to the Dress” and twice on “The Oprah Winfrey Show,” not to mention numerous interviews with local news stations. She was even profiled by the Huffington Post last year!

Unfortunately, it looks like both Trump and the national media have been duped. Watkins not only misrepresented her military record at that rally, but she’s been pulling similar stunts for years.

A joint-investigation conducted by Guardians of Valor and the Air Force Times found several inconsistencies in Watkin’s military records. At first, Watkins contacted Guardians of Valor to combat accusations of stolen valor from journalists curious about her history. Instead, they found several news articles and interviews where Watkins changed the details of her story.

Watkins appears to have told conflicting stories about her location on 9/11, and its effect on her military service. In an official Air Force news release from 2007, Watkins was described as an “impromptu speaker” at a homecoming celebration for airmen who had just returned from Afghanistan. According to that document, Watkins said she was inspired to join the Air Force because she was in New York City on 9/11, and her friend was killed in the attacks. But Watkins’ official military records indicate she had already been in the service for nearly three years when the terror attack occurred.

Her military records don’t line up with her March 21 statements. Watkins was stationed in Afghanistan, but the Air Force vet never stepped foot in Iraq. Records also indicate that she never qualified for a Purple Heart, despite wearing one during interviews. 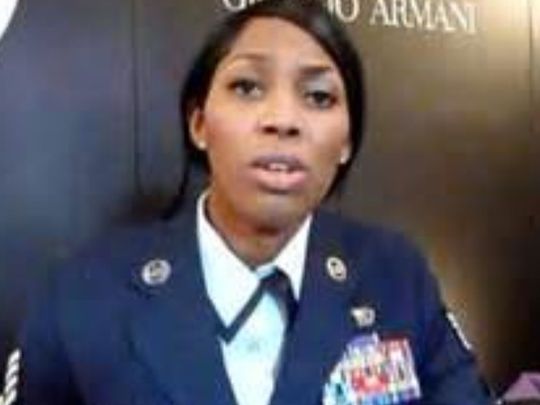 Be sure to read and share  the Air Force Times investigation of Watkins’ history and the Guardians of Valor blog post detailing its interactions with her. This woman has spent years lying to people to stir sympathy and take advantage of their compassion. Spread awareness so it doesn’t continue.