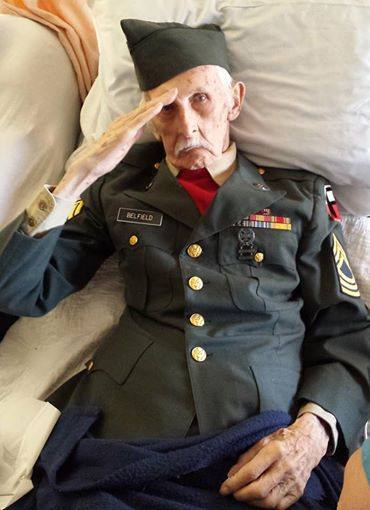 He died the next day at a nursing home in upstate New York.

According to the Air Force Times, Belfield spent 16 years in the Army, including a stint in Europe where he fought in the Battle of the Bulge. He served during the Korean War while working as a recruiter and also participated in the Berlin Airlift dropping over 2 million tons of  food and supplies to the people of West Berlin.

The Daily Gazette reported that he asked to be dressed in his uniform every Veterans Day ever since he and his wife had moved to Baptist Nursing Home years ago.

He told the Gazette last year that he had no regrets making sacrifices to serve his country.

“It was a good thing to do. I loved it because it was my country. It’s still my country,” he said.