Two men were killed in a bizarre and tragic anachronistic accident when the World War II-era military tank they were inside at an Oregon firing range exploded Tuesday.

Tank owner and collector Steven Todd Preston, 51, and Austin Tyler Lee, 22, died while participating in a video shoot where the camera crew was filming them shooting rounds from the 1944 M18 Hellcat (pictured below), just east of the city of Bend. 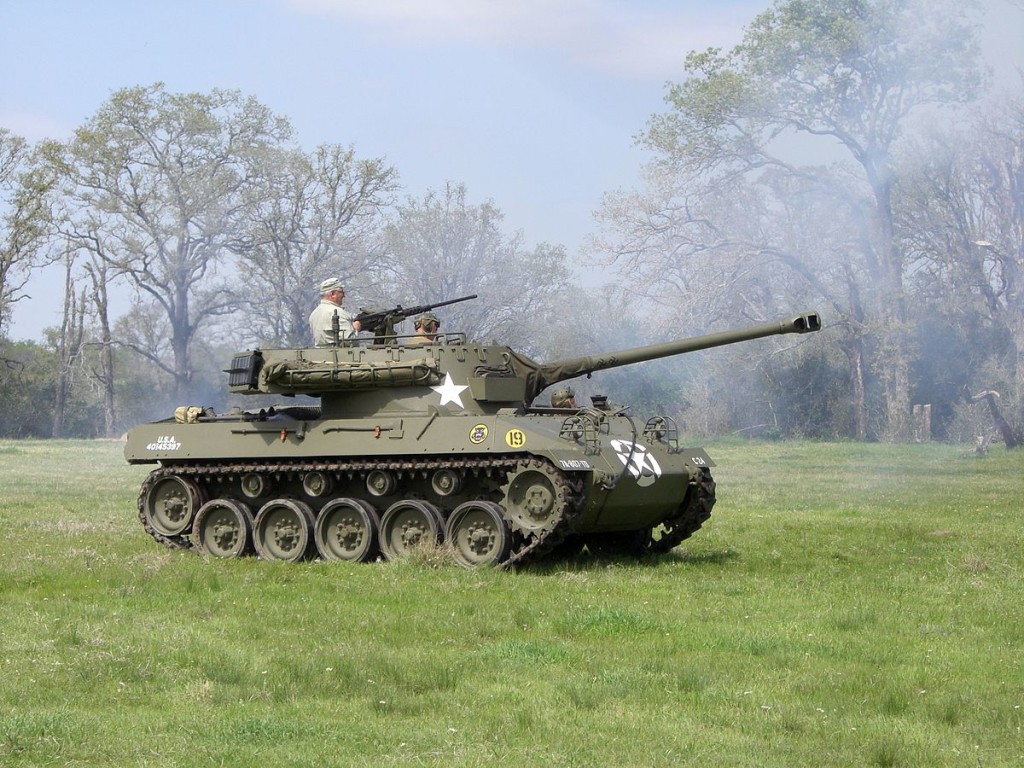 Preston had previously been featured on shows for the Discovery Channel, the Smithsonian Channel and a video game commercial.

More from the Associated Press via the Minneapolis Star-Tribune:

[Deschutes County Sheriff L. Shane] Nelson said the cause of the blast was under investigation and the video was to be used for an exhibit, but did not give further details. Steve Greenberg, a close friend of Preston’s and fellow tank owner, said his friend had fired rounds before and “everything worked fine.”

He said they were “testing some armor plate” when the explosion occurred. Preston was very safety-conscious, which is why the accident is even more shocking, Greenberg said.