Where the Gitmo Prisoners Could End Up in America

On Tuesday, President Barack Obama announced that he had given Congress his plan for closing down the prison in Guantanamo Bay, Cuba once and for all.

While it’s still up to those fickle legislators on Capitol Hill as to how the final course of action will look (if it even happens under Obama’s watch), there are a number of very-possible scenarios waiting to be plucked from the ether and implemented.

The New York Times mapped them out shortly after the POTUS announcement, somehow whittling them down to three potential options: Congress Could Revoke the Ban, Obama Could Use Executive Action and The Next President Decides.

While the first involves removing the measure that prohibits “bringing detainees to domestic prisons” (something Congress probably won’t do) and the third is self-explanatory, the second stands as the most jarring — simply because it would mean moving the prisoners (there are now 91) to facilities inside the United States.

Here’s how the NYT explains it:

Mr. Obama could say that the Constitution gives him the power to move the prisoners. If he can whittle the total number of detainees to only those not eligible for transfer, that would mean moving a group of 40 or so men. Prisons in Kansas, South Carolina and Colorado are current possibilities for sites for the remaining detainees. At least four convicted terrorists, including Dzhokhar Tsarnaev, the Boston Marathon bomber, are currently being held at a federal prison in Florence, Colorado. 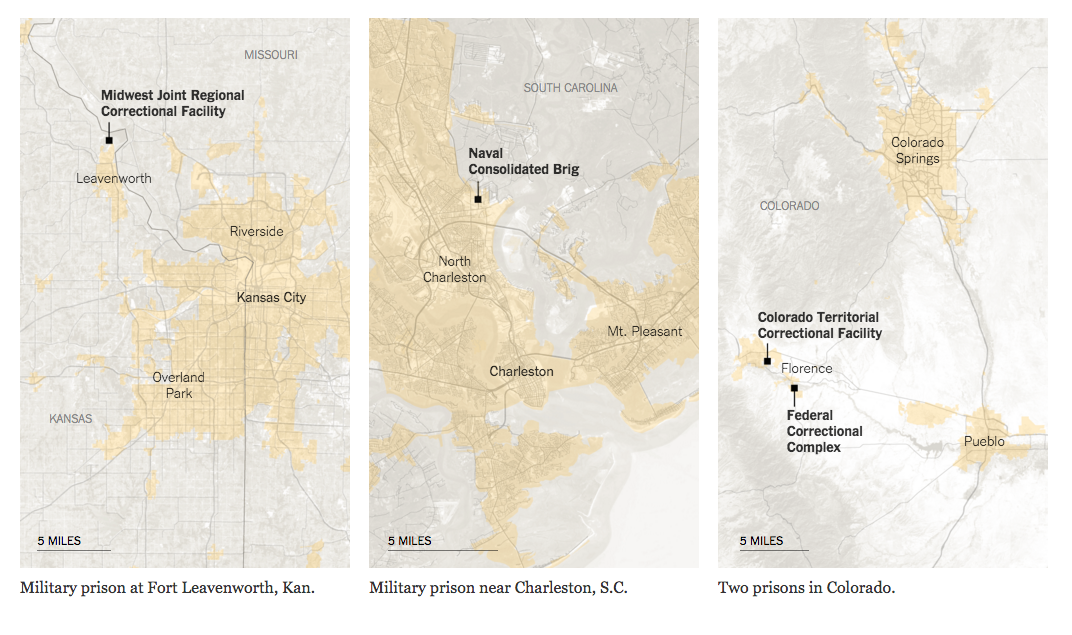 Do you live in Kansas, South Carolina or Colorado?