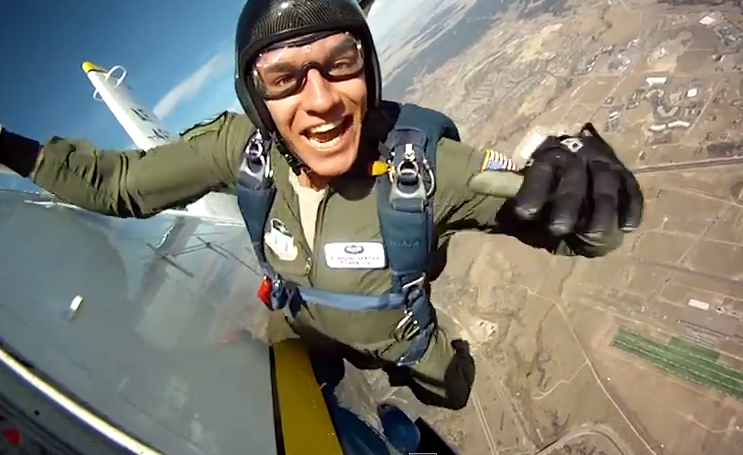 Go to Youtube and search for Taylor Swift’s “Shake it Off”. You’re sure to see lots of covers and parody’s performed by teenage girls who love and admire Swift, what we didn’t expect to see is the United States Air Force Academy Parachute Team singing, dancing and of course jumping out of planes making sky formations to Swift’s new hit single.

Swift is known for making the perfect breakup song and in this one she’s shaking off the both the heartbreakers and the haters – which makes it even more funny to watch these AF cadets perform it.

The USAFA parachute team made the video to promote their November 1 football game against The Army.