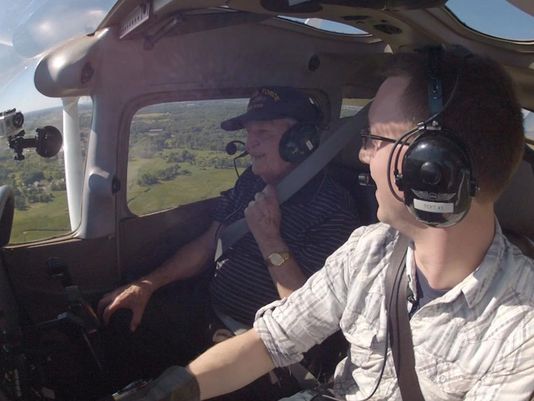 70 years after he was awarded his medal wings before beginning his time as fighter pilot during WWII, Bob Jorgenson pinned them on his grandson Nick Atkins after graduating from flight school at Laughlin Air Force Base in Del Rio, Texas.

But following in his grandfather’s footsteps wasn’t the only way Atkins made Grandpa Bob, as he calls him proud. On his first trip back to Minnesota after graduation, he decided to take his grandpa on one last mission: flying up in the sky, as Grandpa Bob said “just like old times”. — SOURCE: NBC KARE 11