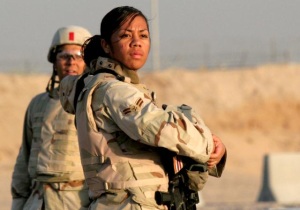 The new center has been in the planning process for over five years, and will cost over $860,000 to remodel.

“A goal is to provide women veterans the care they deserve in an environment that is safe and respectful of their service,” Goodspeed told the Argus Leader.

The health care facility will include mental health services, social workers as well as pregnancy services.

According to the report, the VA cared for about 390,000 female veterans at its hospitals and clinics in 2013 — far less than the 5.3 million male veterans cared for.

Women make up nearly 9 percent of all veterans.

The study also found that nearly one in four VA hospitals nationwide does not have full-time gynecologists on staff.

The Sioux Falls women’s facility is also opening at a time where sexual assault and harassment in the military is being widely discussed. James Brubaker, director of VA regional offices of veteran’s benefits administration in North and South Dakota says they will have a new attitude towards handling these sensitive cases.

“We like to think the more recent cases are better decided,” he said. “Anybody denied a claim more than a year-and-a-half ago, they need to come back”.