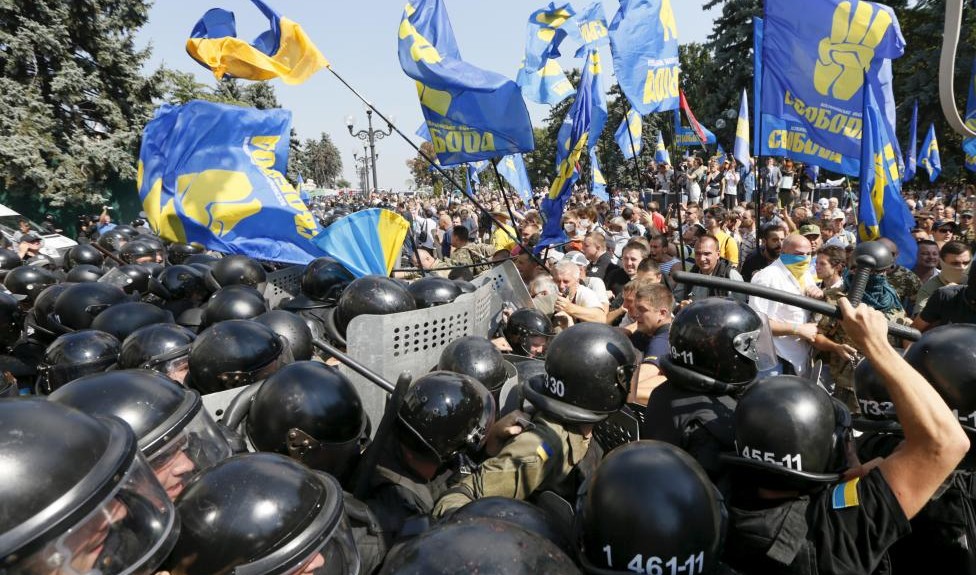 Tensions between Ukrainian nationalists and Russian separatists hit their boiling point on Monday morning when several explosive devices detonated amidst protestors and police officers. At least one Ukrainian national guard member was killed and 100 people injured in the mayhem. 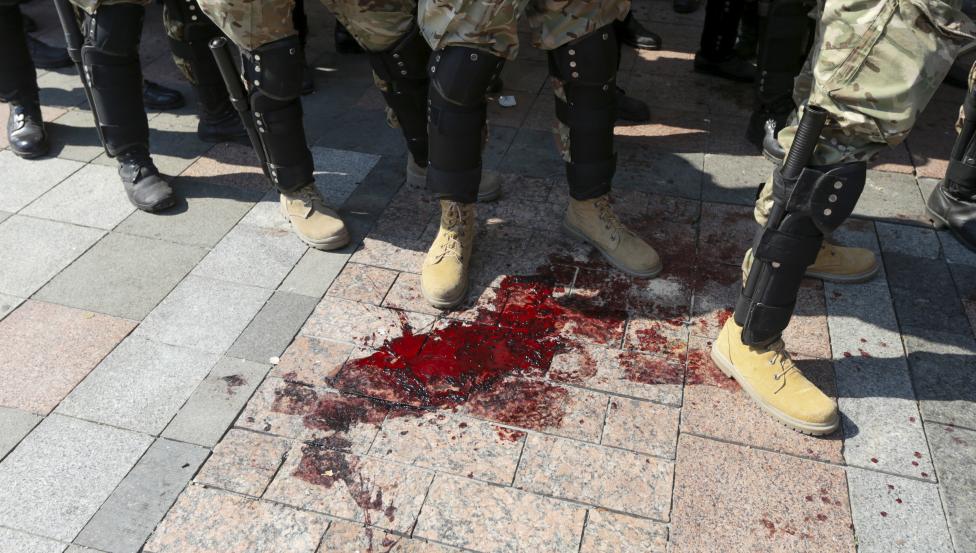 While violence raged outside parliament, the representatives inside took a huge step for decentralizing Ukraine. About 265 representatives out of 450 agreed to give greater autonomy to rebel areas in the East. This is a win for Russia, which has goaded and supported the Ukrainian separatist movement since it unlawfully annexed Crimea.

Seven thousand people have died since Ukraine became embroiled in domestic conflict in March 2014. Both NATO and the United States have positioned military resources in order to combat Russia’s slow takeover of Ukraine. Just last week, the U.S. Air Force sent F-22 fighter jets to Europe in a show of force against Russia.

“Russia’s military activity in the Ukraine continues to be of great concern to us and to our European allies,”  said U.S. Air Force Deborah Lee James. “For the air force an F-22 deployment is certainly on the strong side of the coin.”

Hours before the protests, NATO, the U.S. and Ukraine began participating in a joint naval exercise, which will continue until Sept. 12. The exercise is meant to boost Ukraine’s “strategic and combat preparedness” as well as provoke Russia.